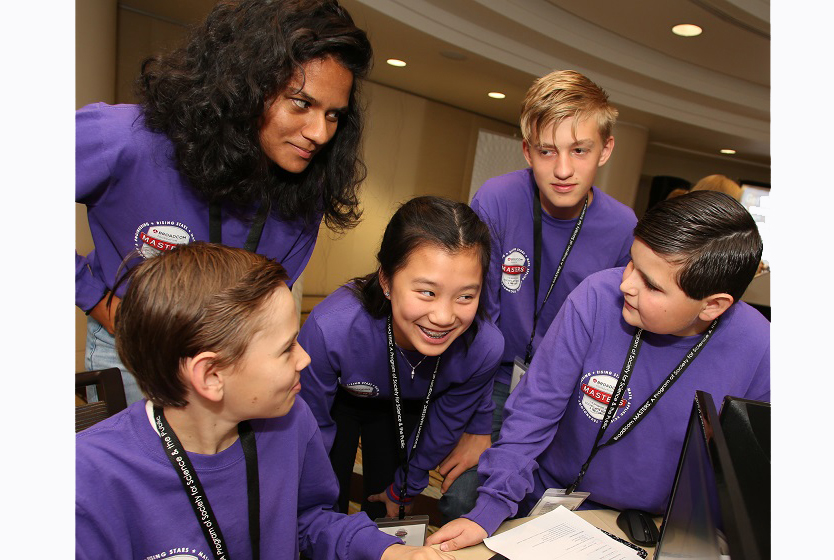 In celebration of National Inventor’s Day, the Society for Science & the Public today announced that The Lemelson Foundation, an organization committed to improving lives through invention, will give a three-year grant of more than $440,000 to celebrate outstanding middle school inventors and inspire young people to pursue inventive careers. Through this grant, the Lemelson Foundation will fund initiatives intended to raise awareness for invention and recognize middle-school-age inventors across the United States.  The funding includes the launch of the new Lemelson Early Invention Prize program and expanded support for the Lemelson Awards for Invention at the Broadcom MASTERS event.

“We are excited to continue our partnership with the Lemelson Foundation, encouraging middle school students to start thinking about their own potential as inventors at a young age. Support of students at an early age is critical to their success in future STEM careers,” said Maya Ajmera, President and CEO of Society for Science & the Public and Publisher of Science News. “By incorporating STEM and invention into the middle school curricula, students develop the confidence and skills to imagine ways they can directly solve the world’s most intractable problems.”

As part of the new grant, the Society will expand its recognition of middle-school-age inventors through the new Lemelson Early Inventor Prize program. Over three years, The Foundation will give a total of $81,000 to support a $100 award to an outstanding inventor in 270 of the Society Affiliate Fairs with middle school participants around the country. This new Lemelson Early Inventor Prize will highlight young inventors whose projects exemplify the ideals of inventive thinking by identifying a challenge in their community and creating a solution that will improve the lives of others

“Middle school is when students have been seen to lose interest in STEM subjects,” said Carol Dahl, Executive Director of The Lemelson Foundation. “Invention offers them the opportunity to apply STEM knowledge to solving real-world problems which, in turn, fosters greater excitement around math, science and engineering as they see the application to things they care about. We’re excited to be working with the Society for Science & the Public to inspire and engage middle schoolers across the US in inventing and the opportunity to pursue STEM careers.”

The Broadcom MASTERS (Math, Applied Science, Technology, and Engineering for Rising Stars), the nation’s premier competition for middle school students, inspires and encourages the nation’s brightest minds to become leading scientists, engineers and innovators. Beginning this year, The Foundation will increase its support for the existing Lemelson Award for Invention from $7,500 to $10,000. The Broadcom MASTERS anticipated top awards will now include the $25,000 Samueli Foundation Prize, the $10,000 Robert Wood Johnson Foundation Award for Health Advancement, the $10,000 Marconi/Samueli Award for Innovation and the $10,000 Lemelson Award for Invention.