The 2020 International Science and Engineering Fair (ISEF) was unlike all others that have come before it. The in-person fair was reimagined into a stunning virtual celebration of science—everyone from around the world was invited to experience a bit of the magic that emerges at the annual event.

For aspiring female scientists and engineers, one highlight was the Women in STEM Panel, a conversation between ─ Frances Arnold, Linus Pauling Professor at Caltech and Nobel Prize in Chemistry winner; Dianne Newman (ISEF 1987, 1988), Binder/Amgen Professor of Biology and Geobiology at Caltech and MacArthur Fellow; and Monika Schleier-Smith (STS 2001), Associate Professor of Physics at Stanford. The panel was moderated by Mary Sue Coleman (ISEF 1959-1960, STS 1961), a biochemist and president of the Association of American Universities.

The women imparted their stories, insights and wisdom ─ encouraging all young scientists to focus on the peaks rather than the valleys in their STEM journeys ─ while finding inspiration and support along the way. A chemical engineer, Frances, was influenced by her father who was a nuclear physicist, and has spent the greater part of her career working on the directed evolution of enzymes. “It’s fascinating to try to understand how the world works and it’s a worthwhile way to spend one’s entire life,” said Frances. “There are plenty of frustrating moments to go along with the aha moments, but I always focus on the joyful part.” Not encountering failures actually means, “you are not going out to the bleeding edge of inquiry.”

Monika agreed that failure is an inevitable part of science research and discovery, but that, “There is joy in science. You shouldn’t be afraid to keep your child-like playfulness and a sense of curiosity.” An experimental physicist, Monika’s interest in the field first piqued after learning about quantum mechanics. Her graduate school advisor guided her to ask the right scientific questions in order to make progress. They would have discussions, “about crazy ideas or what science we might do next, but he also helped me with the problem-solving.”

Molecular biologist, Dianne, also expressed gratitude for her teachers and family, for encouraging her to explore and be creative. While her parents were not scientists, Dianne’s brother was a physicist and had a huge impact on her career: “He’s the only other scientist in my family and when I was in high school I really liked physics. In fact, I wanted to be a structural engineer and design bridges.” After her brother taught her about the physics phenomenon of resonance, all her science fair projects focused on the concept.

All three women faced resistance as women in science, but pushed forward, sometimes unwittingly. For Monika and Frances, identifying as a scientist before being a woman, helped their cause. “I’m not constantly thinking about myself as the woman in the room,” Monika explained. “I’m just another physicist in the room.” Frances added, “I’m sure I faced obstacles, but I have the gift of being blissfully unaware of people who are trying to put obstacles in my path. I usually go right around it,” Frances said. “I didn’t feel that there were special obstacles that I as a woman faced, other than the challenge of having a family and taking care of everyone.” Yet, Frances has triumphed notwithstanding tremendous personal adversity and loss—she is a breast cancer survivor and has lived through the death of two husbands and one of her sons. She thrived in a male-dominated field as a single mother. “I had three little children when I was doing the work that ultimately won me the Nobel Prize.” She believes that “children can free up your mind to think differently.”

While Frances was a single mother, Monika was raised by one. After her father passed away, her mother ensured that her daughter was educated at the best schools, including a magnet school where many students pursued science. “My mother raised me and my older brother alone, which for her must have been a challenge; it’s amazing what she did for us,” Monika said. “I didn’t have the typical childhood, but in spite of that, my mother said you should study math and science.”

The panelists revealed lessons learned and strategies that helped them to ultimately thrive, both professionally and personally. Dianne warned that women trying to be perfect is not helpful in the long-run. “When I started my lab, I became comfortable with seeking people out to work with who are far more capable than I. Being able to get things done effectively is aided by your ability to be humble, and to reach out and get help from people who have strengths that are complimentary to your own.” Dianne drilled into the point that scientific success is about collaborating and listening to the voices of fellow curious and like-minded people.

Frances agreed that delegating and letting go of control leads to success and a happier life for all. “It’s learning to give up the idea that you have control over everything and to trust others to take on some of the responsibility. When I learned that, my life got immensely better and my students became more empowered and did better in their careers. I think that’s an important lesson: You don’t have control over life. Life will do things to you that perhaps you would not choose, but you can rest and rely on others to help you through those times.”

The Women in STEM Panel is available to view on demand through June 5. You can tune in by registering here for Virtual Regeneron ISEF. 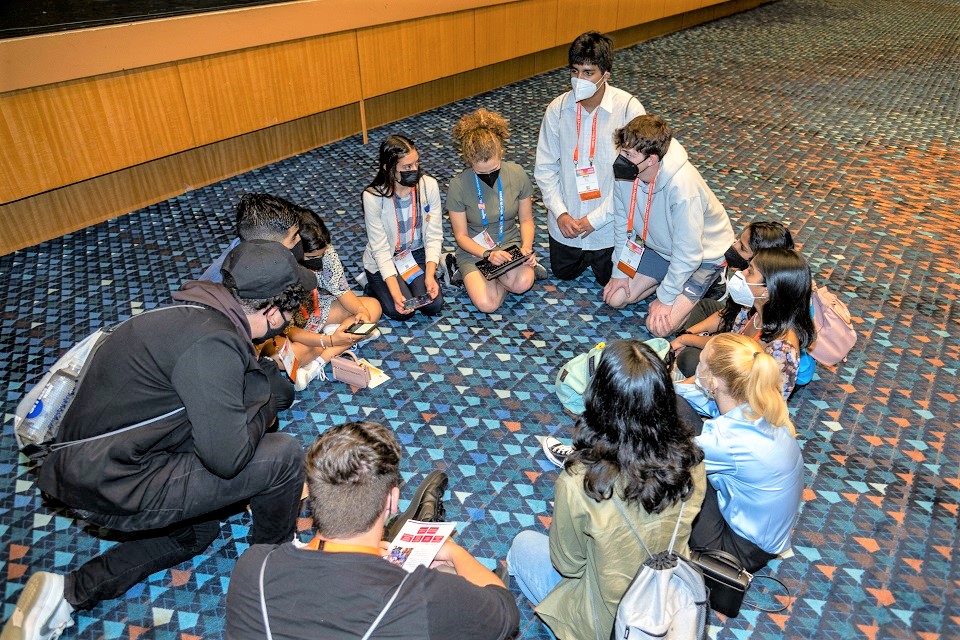