As resistance to existing antibiotics — including so-called treatments of last resort — continues to rise, scientists are looking to other sources to develop next-generation antimicrobials. One of the most promising potential candidates is also one of the sweetest: honey.

But can it really work to ward off infection and speed healing? The results of a small study by 2015 Broadcom MASTERS second place winner Hannah Cevasco say yes, at least for Manuka honey, a honey found in Australia and New Zealand that is purported to have healing properties. 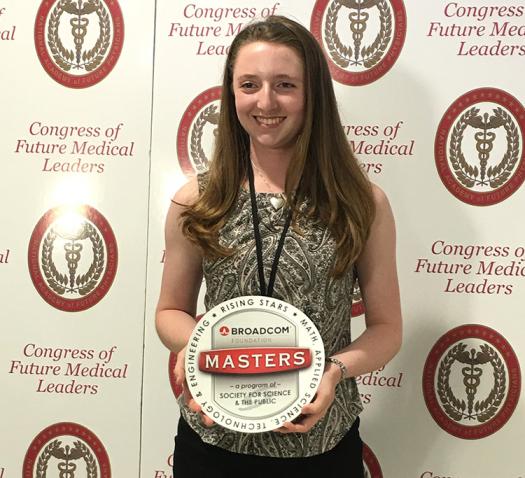 She used diluted solutions of Manuka honey on human dermal fibroblasts she cultured in a lab at Stanford University. (Dermal fibrobasts are cells in skin tissue. They migrate to the site of an injury because they generate the connective tissue that helps skin heal).

Hannah flooded her cell cultures with diluted solutions of Manuka honey at 0.5, 1, and 2 percent concentrations. She also used a culture dish with a 1 percent honey solution that she replaced multiple times, in order to mimic the way someone would change a wound dressing.

Hannah, who hopes one day to be a pediatric oncologist, is interested in exploring other claims about the healing properties of Manuka honey — especially with regards to its abilities to fight cancer. She’ll be continuing her work with HeLa cervical cancer cells in a lab at Stanford University.