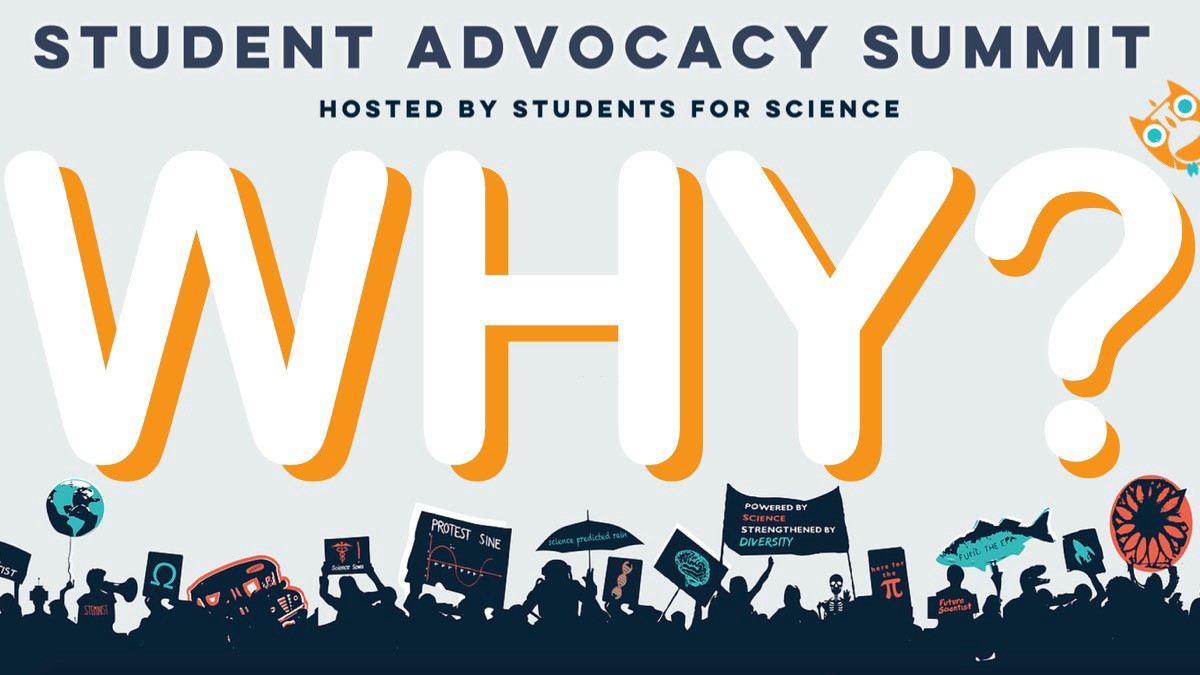 After last year’s influential nationwide event, March for Science, a group of teens were inspired to take action. They created their own initiative under the March for Science umbrella called Students for Science. Three of the teen leaders of the student-focused offshoot working to expand the mission of the organization are Society alumni — Sophia Swartz (Regeneron STS 2018, Intel ISEF 2018) and sisters Shriya and Adhya Beesam (Intel ISEF 2017). Sophia will attend Harvard University in the fall and Shriya and Adhya attend Plano East Senior High School in Texas.

“We started Students for Science to empower today’s generation and support them in fulfilling their role as science advocates,” Sophia said. “We strive to demonstrate to students that taking a stand for science doesn’t have an age requirement.”

Sophia, Shriya, Adhya, and the rest of the team have been hard at work planning a March for Science Student Advocacy Summit scheduled for July 7-8 in Chicago, Illinois. They expect hundreds of teens to gather at the Chicago Hilton in support of science and advocacy. The Society for Science & the Public is a sponsor of the Student Advocacy Summit, through the STEM Action Grant.

Young people ranging from 13-25 will have the opportunity to hold meaningful conversations, build leadership skills, and participate in activities that will encourage them to be ambassadors for science in their communities. Students for Science will provide action plans, scientific literacy resources, and STEM outreach tools. They will also hold informational sessions covering key topics such as clean energy, science communication, and advocacy 101. Register for the Student Advocacy Summit here

“We believe that science has a problem that can’t be solved with late hours in the lab, breathtaking data analysis, or clever experimental design,” Sophia said. “Science has an advocacy problem. The robust and transparent research we rely on every day is at risk of being inhibited by excessive government oversight or insufficient funding. And widespread scientific illiteracy remains an enduring problem. Without a firm grasp of contemporary topics in science, students won’t be able to decipher the relevance of GMOs or vaccination in their lives and communities.”

Sophia believes that students can be community leaders and guardians of scientific fact. She was inspired into science advocacy through her participation in science fairs, like Intel ISEF. “Eureka! Lab and other sites, such as ScienceBuddies.org, were formative resources during my family’s initiation into the science fair circuit,” she said. “I’m the oldest of five kids and all of us are science fair junkies due in no small part to the resources provided by Science News for Students.”

“Every year, I looked to Science News for Students to validate my project ideas and gain inspiration,” Sophia said. “Without these resources, I would not have had the privilege of attending Intel ISEF twice and becoming a Regeneron Science Talent Search top 300 scholar. More importantly, however, I would not have had the wonderful experience of falling in love with science and realizing that writing and science are inseparable.”

One of the main goals of the summit is to encourage and offer tools for teens to independently explore issues for themselves. “The summit will empower young people to inspire meaningful scientific discourse with the public, engage with non-scientists and scientists over issues at the intersection of science and advocacy, and act on behalf of evidence-based policy at any level of government,” said Jordan Harrod, Organizing Committee Member of the Youth Advocacy Summit and Cornell University senior.

“To better all domains of society, Students for Science trusts today’s youth to uphold the conviction that fostering diverse, robust science translates to meaningful change at the intersection of society, science, and policy,” Sophia said. “This summit will equip them with the facts to make educated, informed decisions in the public sphere.”

The Student Advocacy Summit is occurring at the same time and place as the S|GNS Summit (Science, Government, Institutions & Society), which is focused on emerging and established leaders across STEM fields. The events are planned by separate committees, but there will be some overlap in programming and certainly they have a common mission.

In the future, Students for Science plans to hold mini-summits in other cities and expand their online presence, including content on the blog Sophia founded, Show Some STEMpathy. They will continue to engage high school and college-aged students through voter registration drives, science symposia, and similar initiatives. “We want to provide the framework for science advocacy clubs and develop a grant program to support the science outreach efforts of youth science groups,” Sophia said.