As a three-year old toddler, Indrani Das (STS 2017) had already heard about the Regeneron Science Talent Search. Her parents told her she could try submitting her fossil findings to the competition after observing her love of dinosaurs and discovery. So she did – quite a few years later.

Not only did she apply, but at 17, Indrani took home the top prize of $250,000 for her winning project focused on brain injury. By manipulating astrocytes, a type of supporting brain cell in an injury model, Indrani worked to promote neuron repair.

“I found that I could do this using exosomal microRNA – a small molecule signal that improved the astrocytes’ ability to protect nearby neurons,” explained Indrani.

Indrani’s shared her favorite memory from STS finals week , which was touring the famed monuments in Washington DC with her STS cohort. “I had visited them once before, during the 2013 National Spelling Bee, and was able to relive my younger self’s euphoria through a whole new lens. Perhaps even more memorably, I decided I was too cool to wear my real jacket (I was showing off my new STS fleece)… and was soundly chastened by the bitter March winds.” 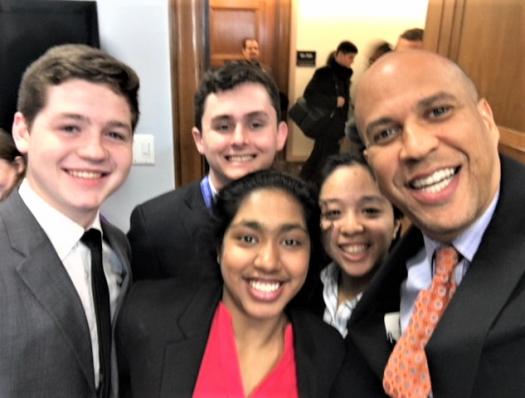 It’s been two years since the competition and she hasn’t slowed down a bit. Indrani, now 19, can be found walking the halls of Harvard University, where she’s pursuing a degree in Chemical and Physical Biology. Since her freshman year, she’s also been a member of the Stevens Lab at Boston Children’s Hospital, where she works on synaptic pruning, a critical process in brain development. Last month she took the MCAT and she also works as an EMT.

Though Indrani comes from a family of bankers, she has decided to take a very different path. She’d like to be a physician-scientist. She feels profound gratitude for the extraordinary sacrifices her parents have made so she could get this far.

“I’ll never forget my parents’ stories of how they worked full-time day jobs while securing additional degrees by night, and saved religiously for over a decade before my birth to provide me with the most comfortable life possible.” Similarly, this year’s 2019 STS class is also comprised of 27 children of immigrants.

“I wouldn’t say that I’ve chosen a different path from my family, but that my choices reflect the evolution of theirs. We’re living the American dream.” 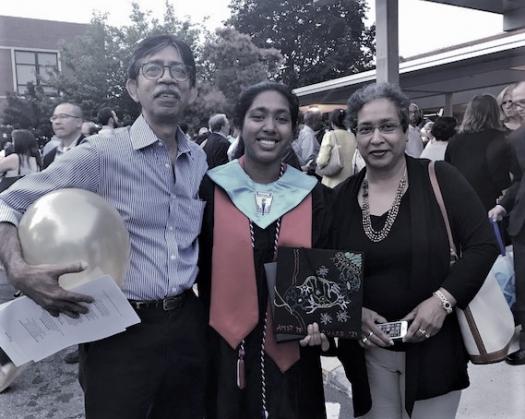 Besides her parents, Indrani shared the profound impact a particular high school teacher had on her: Mrs. Leonardi. “She kept faith in me even when I didn’t have any in myself. She has taught me not to fear my own potential,” said Indrani. Not everyone has the opportunity to do research in high school, but Indrani feels fortunate to have had a teacher who created a ‘research family’ for her students, which helped her to grow into the young scientist she is now.

The determination and tenacity ingrained in her high school research experience was carried through to an internship at Regeneron, during the summer of 2017, before heading to college. As an STS finalist, Indrani was invited to apply for a Regeneron internship. “Interning at Regeneron was a wonderful experience, especially as a transition from high school to college. I found wonderful mentors and friends there who guided me through an intense six-week sprint in studying the role of misfolded proteins in neurodegenerative disease. That summer went by in a blink, but I learned so much – I felt like I had upgraded software downloaded directly into my brain!” Now Regeneron invites all top 300 scholars to apply for their internship program.

Indrani said that in a lot of ways her Harvard experience has echoed the one she had at STS. In both experiences she’s met other inspiring young scientists who have opened her mind to what science can do, with powerful ideas. Interestingly, her college roommate is fellow alum Natalia Hajlasz (STS 2017, ISEF 2016) and she regularly keeps in touch with her class, many of whom are at Harvard. 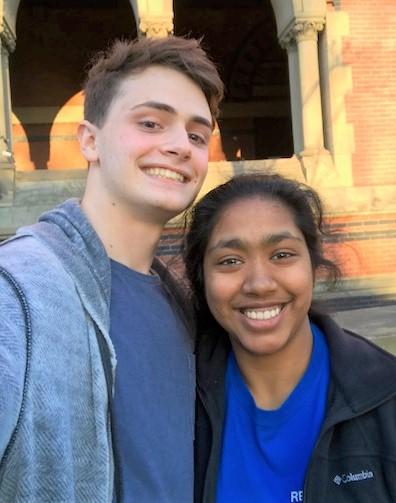 In 10 years, Indrani hopes to be wrapping up her training in a MD/PhD program, and revealed a few strategies she’s using to get there. “I prioritize seeking out and conquering skills that can contribute to either research or clinical proficiency – for example, critically analyzing data in the lab, or facing emergencies with a level head as an EMT.” Perspective helps her to keep going in the lab.

Indrani advises young people to not limit themselves by their circumstances but to “…instead, take inventory of everything you have (including your own determination!), and break big goals down into baby steps.” Indrani added, “At the end of the day, it’s not who you know, how much you know, or what you have that determines whether you achieve your goals – it’s how much you are willing to go through. If you aren’t losing your drive to excel, you’re winning the game.”

She’s certainly an example of this kind of perseverance. 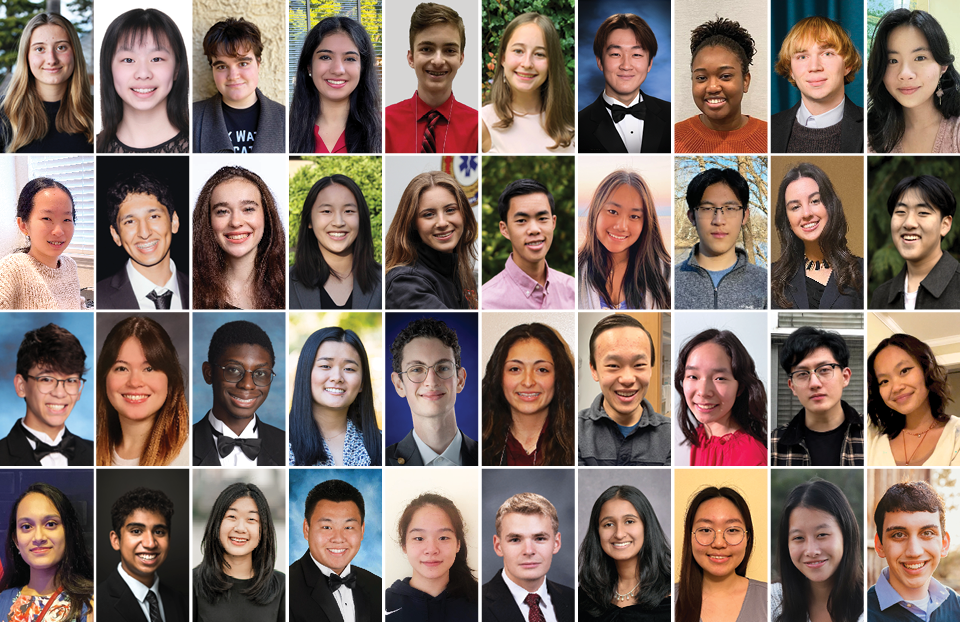