Thanksgiving is a time to reflect and give thanks for families, success, and even our challenges.

We at the Society are thankful for the contributions our distinguished alumni have made in their respective fields as well as the recognitions they have received. Something else we are grateful for: alumni who have had such positive experiences competing in the Science Talent Search, Intel International Science and Engineering Fair, and Broadcom MASTERS that they encouraged brothers, sisters, children, and grandchildren to participate.

Below, check out a sampling of some of our favorite stories about families with multiple Society for Science & the Public alumni. Does your family have more than one alum/na? Email alumni@societyforscience.org and let us know! 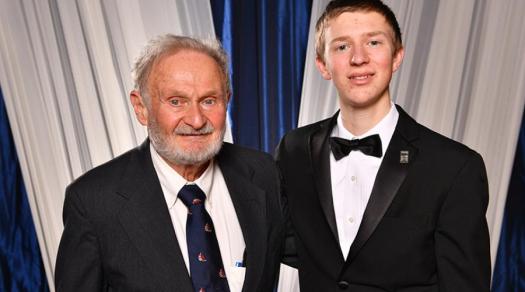 Frank Sandy and Aaron Yeiser at the Regeneron STS 2017 Awards Gala.
PHOTO COURTESY OF SOCIETY FOR SCIENCE & THE PUBLIC/CHRIS AYERS. 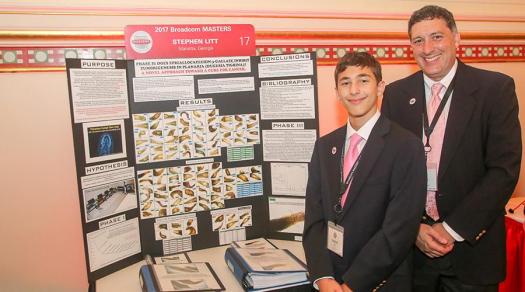 Stephen Litt and his dad at the Broadcom MASTERS 2017 project showcase at Union Station.
PHOTO COURTESY OF SOCIETY FOR SCIENCE & THE PUBLIC/LINDA DOANE.

Stephen (Broadcom MASTERS 2017) is working on a novel approach to halting cancer before it begins, by using an antioxidant found in green tea. His dad Lesley (Westinghouse STS 1986) owns a flexible packaging company and studied chemistry in school. Lesley’s STS project focused on growing plants in zero gravity.

George Fritz Dell and Kristi Snell both competed in the Westinghouse STS, Dell in 1949 and Snell in 1985.
PHOTO COURTESY OF KRISTI SNELL.

Kristi Snell (Westinghouse STS 1985) grew up watching her dad, George Fritz Dell (Westinghouse STS 1949), and her mom, conduct physics research at the Brookhaven National Laboratory. Kristi also interned in the lab’s biology department while she was in high school. Kristi’s STS project focused on Indian artifacts she found on a farm in Indiana where her grandmother grew up. She classified arrowheads and other stone tools based on their style and workmanship. George’s STS project involved a unique form of residential lighting from a Tesla coil. 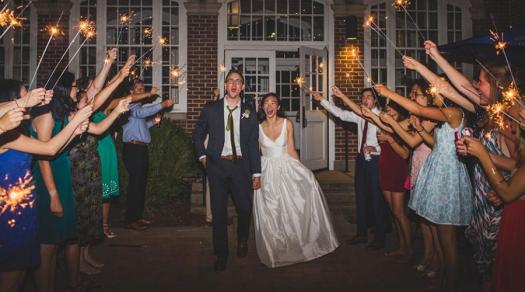 Cathy Chen and Alexander Mullen at their wedding.
PHOTO COURTESY OF CATHY CHEN.

Cathy Chen and Alexander Mullen were science fair partners for four years at the Intel International Science and Engineering Fair, from 2007 through 2010. Their science fair partnership became a life partnership when they got married in 2015. Cathy said, “Marriage is a lot like working on a project together.” Now, they even run a company together, Mullen Memory. 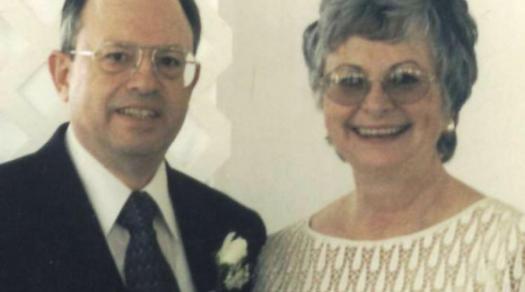 Leonard and Judith married in 2003.
PHOTO COURTESY OF LEONARD AND JUDITH GORDY.

The Westinghouse Science Talent Search 1962 competition opened “a whole new world of possibilities” for Judith and Leonard Gordy, who married in 2003. It was where they first met, and this led them to a path of teaching science, working at pharmacies, and building MRI machines. Judith remembers asking for a chemistry set and microscope for Christmas. She was the only one in her family who had an interest in science, while Leonard’s father was a self-taught electronics engineer who exposed him to science at an early age. Judith’s STS project focused on her research on radioactive kelp; Leonard’s on measuring gas discharge plasmas using microwaves. 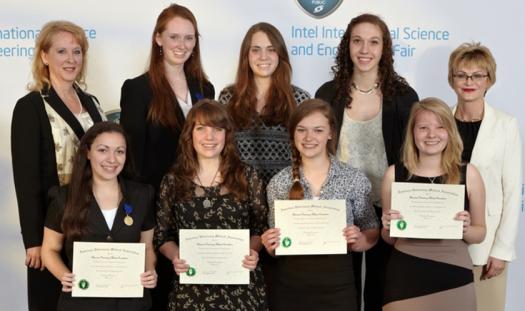 An alumna three times over, Shari-Lynn Odzer (Westinghouse STS 1983 and Intel ISEF 1982-1983) researched the effect of auditory stress on the chemotaxis of white blood cells. She became interested in the topic while reading about the negative effects of noise pollution during a science project in middle school. Both her daughters caught the science fair bug. Jamie (Intel ISEF 2012), Shari’s oldest daughter, presented various projects at the competition, one inspired by her lifelong interest in South Florida’s wetlands, not far from where she grew up. Shari’s younger daughter and son were both interested in coral reefs. Nicole (Broadcom MASTERS 2012) researched reef-building corals and global warming for her Broadcom MASTERS project. And Michael (Broadcom MASTERS 2015-2016) looked into using sonar to quantify the relationship of predator and prey in coral reefs and how it affects reef health for his project.