On this Flashback Friday, we are republishing the following Society Update from the May 11, 2019 issue of Science News.

Maya Ajmera, President & CEO of Society for Science & the Public and Publisher of Science News, sat down to chat with Moon Duchin, Associate Professor at the Tufts University Department of Mathematics, before she spoke to the Regeneron Science Talent Search 2019 finalists. Moon is an alumna of the Science Talent Search and the International Science and Engineering Fair. She is more recently known for her work applying metric geometry to gerrymandering. We are thrilled to share an edited summary of their conversation.

You are a Westinghouse Science Talent Search 1993 (STS) finalist and International Science and Engineering Fair 1993 (ISEF) alumna. Do you have fond memories of the competitions? How did those competitions affect your career trajectory?

Meeting President Bill Clinton (who seemed larger in person than on TV!) was definitely a memorable part of the Westinghouse STS experience. Also, I felt like I was seeing a lot of the same cohort of kids on the science fair and science program circuit. Many of them also cropped up at Harvard University the next year when I started as an undergraduate, and quite a few are still in my professional circles. So it’s also an opportunity to think about who has access to that science fast track. If you’re thinking about who’s in the room and who’s not, then you can be thinking about ways to broaden participation.

You have bachelor’s degrees in mathematics and women’s studies from Harvard and you have a Ph.D. in mathematics from the University of Chicago. Can you tell us about that journey?

I had a very strong interest in a question about math that was poorly represented in the math curriculum. I really wanted to think about the social aspects of knowledge production in math. What I mean by that is, what counts as a fact in math? Who decides? How does a proof work anyway? What are the dynamics of expertise and authority? And so going into college, it seemed very natural to be a math and philosophy major because I wanted to understand how knowledge works. But philosophy turned out not to be the place where you could ask that question in the way that I wanted — how people in their social formations make the world. So I stumbled on gender studies because the feminist tradition of inquiry engages those same kinds of concerns. Who’s in power, and how did they get there? These were the kinds of questions that interested me.

You are known for pushing the boundaries of mathematics to address gerrymandering and fairness in voting systems. Can you explain how that work started and what it entails?

A few years ago I found myself in a position to teach voting theory. It was through teaching that I became more educated about how mathematicians have seen voting as a math problem. I also have close friends in the civil rights legal community and was seeing the other side of the impact of voting theory through them.

Two things sealed the deal for me to actually start actively working on voting systems. First, I was hearing about a desperate need for more expert witnesses on quantitative and structural aspects of voting rights litigation. Mathematicians are a big untapped pool of brainpower that likes to chew through these kinds of problems. That, for me, was very motivating. Second, I came to realize that there was still a lot of research-level math to do. When you look at redistricting, a lot of the story has been about the shapes of districts. Shape analysis is something that I already did for a living, and when I started out, I assumed that all the tools and ingredients were in place. But I soon realized that there was a lot of room for new ideas that mathematicians could offer to help move the conversation forward. It was the perfect confluence of factors to make me start working on the issue of gerrymandering full-time. 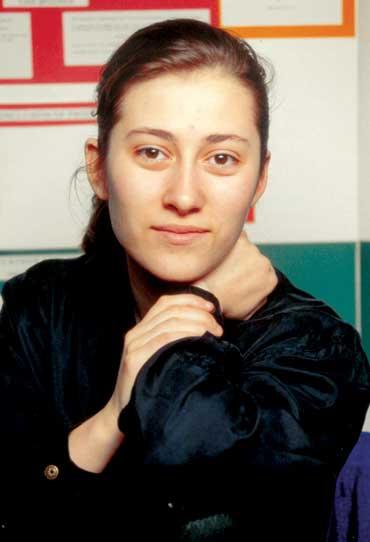 In 2018, Pennsylvania Gov. Tom Wolf enlisted you to analyze the state’s congressional districts for fairness. How were you involved in that case?

During January and February 2018, there was a court-ordered scramble to redo the state’s congressional district maps, and I was asked to create an analytical framework to understand all the maps proposed by various stakeholders. Pennsylvania has 18 seats in the U.S. House of Representatives. A decent estimate of how many ways we could cut the state into 18 pieces and meet all the rules is maybe 1080 or 10100 or more. I would venture that you certainly can’t hold all those possibilities in your mind at once.

So how are you going to decide what maps are fairest out of that vast wilderness of possibility? I interpreted my role in that kind of question very narrowly. It’s absolutely not to pick a map, much less get a computer to pick a map. It’s to put some guardrails on the process so that the maps that are really extreme outliers and provide lots of advantage for one party or racial group can be flagged and made impermissible. And it actually happened. A new map that I rate as very reasonable in its partisan properties was ultimately approved by the state’s supreme court, and it has already shaken up the Pennsylvania congressional delegation. I ended up working on the science of redistricting at a really interesting and impactful time.

Last year, you helped lead a summer program on redistricting for 52 students from around the world. Tell us about that experience.

I run a gerrymandering working group called the Metric Geometry and Gerrymandering Group, with Justin Solomon (ISEF 2005–2006, STS 2006), an MIT computer science professor. Together we developed a summer research program called the Voting Rights Data Institute (VRDI), which we hope will be an annual tradition. We bring people from all domains together, including social scientists, geographers, political scientists, law and philosophy students, plus of course mathematicians and coders. It’s inspiring to watch the ways that people can do more together than they can do with their own specialty. (You can read about VRDI and some of our other activities at www.mggg.org.)

You are a mathematics professor and teach young minds. What do you say to your students, particularly women, who are anxious about math?

One thing I try to get across is that math is really a lot more like other fields than its reputation would allow it when it comes to the fact that ideas can be halfway there. Ideas can be valuable even if they don’t totally solve the problems, and it’s important to get away from the dogma that if you’re not immediately right you must be wrong. I also think for some people it is very meaningful when the math can connect to the social and political world. Those things together can be helpful if you’re anxious. Math is incremental so there’s lots of room for building up to something big over time, and it’s useful!

What advice would you give young people just starting college?

I’m a huge proponent of the American liberal arts model. Some advice I give to people at the college level is to be broad. Don’t squander that chance. You have decades to specialize and in this one moment you’re pushed to be really broad, so take your interests wherever they go.

What books are you reading right now?

Right now I’m reading two books. One of them is called The Color of Law, which is about the history of segregation. It’s a really interesting book because it makes the case that the forces behind residential segregation go all the way up in government, and that it was ruthlessly applied and enforced. For someone like me who likes to think about how to draw district lines, it’s essential to understand how people got to be located where they are. I think that may be underappreciated, but it is absolutely fundamental. The logic of districts really depends on segregation in some ways, because it’s only clustered communities that can be well-captured by compact districts. So those two stories are very intertwined.

The other book I’m reading right now is Citizen: An American Lyric by Claudia Rankine. Poetry as social critique!

I am the kind of person who would read and reread and reread a favorite book, especially when I was a teenager. And some of the books that I read obsessively include The Outsiders by S.E. Hinton, which is such a great coming-of-age story, and Frank Herbert’s over-the-top science fantasy novel Dune. The Outsiders holds up really well in many ways, maybe Dunenot so much. But it was science and politics together, so I was sold.

The world faces so many challenges today. What keeps you up at night?

I think about access to power. I think about the direction of the country and its institutions. These days I think about how people like me who speak a technical language can break out of the lecture format and make meaningful interventions.