In 2003, we were being recruited to head up judging at Intel ISEF, which was being held in Phoenix two years later. We couldn’t say no; we were so impressed with the caliber and passion of the student finalists and departed much more optimistic about the future of our society. Since then, we have served in several capacities, including Grand Awards Judges, Category Co-Chairs, Judging Chairs, members of the Judging Advisory Committee and Science Consultants for the award-winning documentary Inventing Tomorrow.

Pelagia Majoni from Zimbabwe had an idea to engineer a novel potato battery with high efficiency to provide electricity to her remote village. Her project had not received much attention, but it was an excellent example of how students can develop creative solutions to real-world problems. Once the significance of her project was appreciated by other judges, she received a second place category award and a scholarship to the University of Arizona. 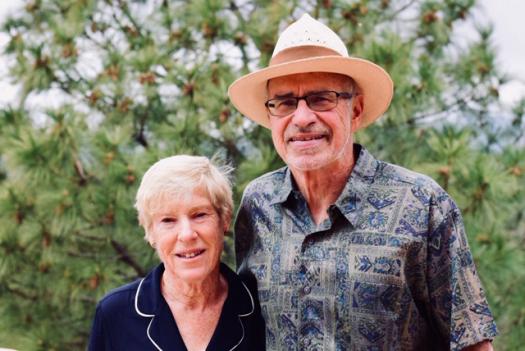 Why do we continue to volunteer and support Intel ISEF more than 15 years later?

It is simple: where else can you encourage such a large cadre of the next generation of science and technology leaders to continue their amazing accomplishments! We desperately need these emerging leaders to stay engaged and help the world address its most pressing problems, ranging from climate change to global health.

We believe that the world’s best hope is not to raise an army for combat, but instead to develop an army of talented scientists and engineers whose generals will come up through the ranks inspired by competitions like Intel ISEF.

We also benefit from working with the many outstanding people who share our commitment. We enjoy networking with returning and new academic and corporate judges and interacting with the student finalists.

We encourage you to get involved with Intel ISEF as a judge, an interpreter or in another volunteer capacity. You just might get hooked like us!

Register to Volunteer at Intel ISEF 2019!