Robert Lynch was a finalist in the original Science Talent Search held in 1942. Due to his participation in STS, Robert won a scholarship to a local college and went on to become a clinical biochemist at the Medical College of Virginia.

What was your experience being a Science Talent Search finalist like?
I had a ball at the Science Talent Search. When we showed up in Washington, DC, everyone was really excited. This was in July, and it was really hot. I remember going to the Smithsonian, and the sweat was just rolling off of us, but we still enjoyed every minute. We rode the streetcar to get around town, and had a chance to use the swimming pool at the YMCA. A man from the Red Cross came and taught us how to stay afloat even if we didn’t know how to swim, and then we all jumped in. We took tests and waited in the hallways of the hotel for our turn to be interviewed by the judges. We got to meet Vice President Wallace and have our picture taken. My Congressman’s secretary also invited me to lunch and I got the lobster! It was my first time in Washington, DC. I was living in West Virginia and actually had never been to the East Coast before that. 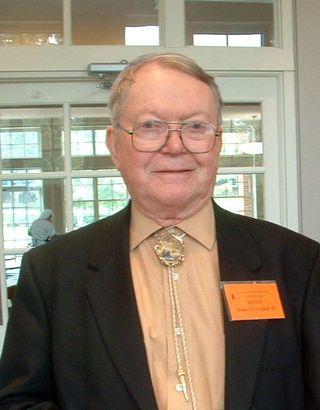 Robert Lynch was a finalist in the original Science Talent Search held in 1942.

How did you initially become interested in science?
I’ve been interested in science my entire life. My mother was a nurse; she retired when she had kids, but she always had science books laying around that I was interested in. In the 7th grade, I used to pass the City Library every day on my way home and I would stop in and read the Science News Letter (now known as Science News) and other magazines. I also got a chemistry kit as a teenager, and one of my friends and I spent a great deal of time with that. In high school, one teacher drove a group of us 35 miles to see Saturn’s rings through a telescope; he also milked a rattlesnake in class to get the venom. We were allowed to work in the chemistry/physics lab after school.

How did you end up entering the STS?
My chemistry teacher in high school gave us the exam for the Science Talent Search. He asked three of us to take it and the other two boys decided not to write the required essay, but I didn’t want to disappoint my teacher so I went ahead and finished it. I promptly forgot about entering until I found out that I had won.

How did participating in events like the STS affect your career trajectory?
Participating in the STS helped me get a scholarship offer to a local college, West Virginia Wesleyan College, about 15 miles from where I was living. Tuition at the time was $150 and the scholarship covered half the tuition. My chemistry teacher got me a job to help me pay the rest of the tuition for my first year. After the first year I went to the Army and finished my schooling after I came back. Attending STS and getting the scholarship got me into college and through my first year, and I think it also made a difference when I was applying for jobs and fellowships later on.

Are there career highlights you want to share?
After a year and a half of graduate school, I quit. My research project was uninteresting and I could not communicate well with my major professor. I started working at the Medical College of Virginia on cancer research. They had recently received a grant to explore a new cancer detection test; and I spent a year on that and some other work at the Cancer Center. At the end of year, it was obvious the test did not work and I was ready to move on. The same people running the lab I worked in at the Cancer Center also ran the clinical lab and they were looking for someone with a chemistry background to run the chemistry lab. After working a while, I enrolled as a graduate student and earned a MS in Biochemistry while working full time. This was about the time that clinical chemistry split from biochemistry. It’s important to do something that you really enjoy and is a challenge, and I found that in the clinical chemistry lab.

Do you have any advice for young students interested in science?

Science is a good field to go into, and there are all kinds of topics in it. Find something that you are really interested in. There are so many different varieties of things within science that you can certainly find something that excites you. It’s important to not only learn how to communicate with people, but to do it. Be helpful to other people. It is very rewarding to be told years later how much that meant to them. You should learn statistics, because it can be easy to fool yourself with results you get if you don’t know how to analyze them. Don’t be suspicious, but be aware that other people can sometimes be mistaken when they want to believe something about their results. Be honest; this is particularly important in the medical field where a mistake could cost lives. Take that responsibility seriously- if you make a mistake own up to it and correct it. Most importantly, find a job in an area that you can be enthusiastic about.

Final thoughts?
Science is change. It is changing and has changed so much that it’s hard to predict where it’s going. The main thing to remember is if opportunity knocks, answer it. There may be the chance to do something different and unique. It can be difficult to go into a new field or new research, but change can really be worth the effort. One last thought: Curiosity is wonderful, but don’t stick your finger in a monkey’s cage. I did, at age 9, and got bitten. One of my colleagues, who has a PhD in math, stuck his finger in a baboon’s cage and nearly lost it!