May is Mental Health Awareness Month, and while the month is over, mental health and mental health care remain a critical topic of discussion across the United States. According to the National Alliance on Mental Illness (NAMI), in 2020, one in five adults in the U.S. experienced a mental illness and 17% of kids ages 6 to 17 experienced a mental health disorder. Anxiety and depression are the most common mental health disorders, and the ongoing coronavirus pandemic hasn’t helped, with one in five U.S. adults reporting that the pandemic has negatively impacted their mental health. While researchers are working hard to understand the neurobiological underpinnings of mental illnesses and new treatment options are discovered, widely available care isn’t accessible to everyone. Just like NAMI, established labs and other primary investigators, many Regeneron ISEF finalists are also asking the tough scientific questions and addressing them through their research. Many young people are also working to destigmatize mental illness and ensuring that resources are accessible to those in need.

Take ISEF finalist, Vivek Kogilathota, from Frisco, Texas. His project focuses on mental health and his ISEF project booth states, “Suicide is the second leading cause of death for teenagers. Depressed teens feel obligated to deal with these serious issues by themselves to avoid burdening those around them and keep quiet due to shame and stigma.” With these alarming facts, Vivek wanted to find a cost-free, accessible system that accurately screened, diagnosed and helped provide therapy to teens facing mental health issues like depression and anxiety. He created iPonder, a mobile app that collects text-based, image-based and audio-based data using artificial intelligence to predict with 95% accuracy, mental health disorders in teenagers. His next steps for the project include a study on teen subjects regarding the use of iPonder on their mental state and working with nonprofit clinics to invite professional therapists to join the app.

After learning that social media increases the risk of depression in patients ages 12-65, Anagha Lakshmi Sampathkumar, from Karnataka, India found a way to use natural language processing to find negative word sentiment on social media platforms. Her system, UDĀN, works in the background while people use social media, to track words with negative sentiment and can prompt users to connect with mental health professionals based on the language data collected. Anagha hopes that UDĀN will eventually aid mental health professionals in tracking a patient’s progress during treatment.

Susanna Chiruguru from Lake Charles, Louisiana studied the effect your perspective can have on your Emotional Intelligence (EQ). Susanna hypothesized that people with an optimistic perspective have a higher EQ than those with a pessimistic perspective, noting one Harvard study which found that having a high EQ can protect against suicidal behavior. Through her research, Susanna found those who identified themselves as optimistic tended to have higher EQs and developed social and emotional skills like self-awareness, motivation and better communication. 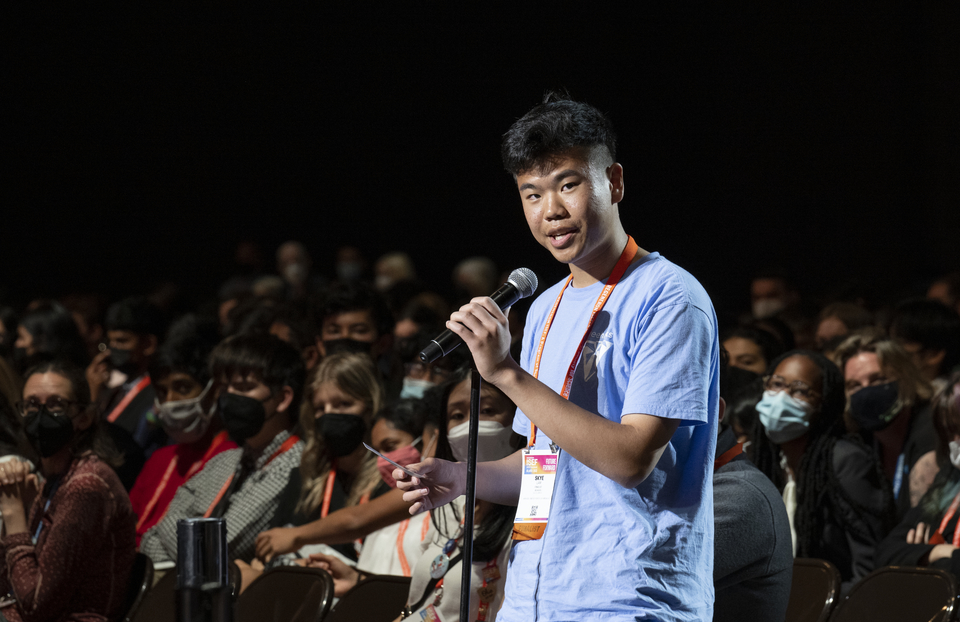