Jerry Lieblich (Intel STS 2006) has two upcoming plays in New York City this summer. The Barbarians, showing at Dixon Place on June 21-23, centers on characters who depict the life and work of scientists. His other play, Tongue Depressor, which focuses on chaos theory, opens August at The Public Theater as a part of the Bring a Weasel and a Pint of Your Own Blood Festival.

Jerry, an award-winning playwright is also a published scientist. He’s held residencies at The UCROSS Foundation and the Edward F. Albee Foundation, received an EST/Sloan Foundation Commission and the Himan Brown Creative Writing Award, and is an alum of the Soho Rep Writer/Director Lab and Page 73’s I-73 Writer’s Group. Jerry finds the intersections between art and science conducive to creating plays.

I’m nothing if not a devout amateur.

Jerry was also an Intel Science Talent Search 2006 finalist, which he described as “an extremely informative event in my life.” His STS project focused on cognitive science and perception, a subject he’s interested in covering in his plays.

“Being a playwright is an excuse to be really curious about lots of things,” Jerry explained. He gains inspiration from reading and learning about a variety of topics. 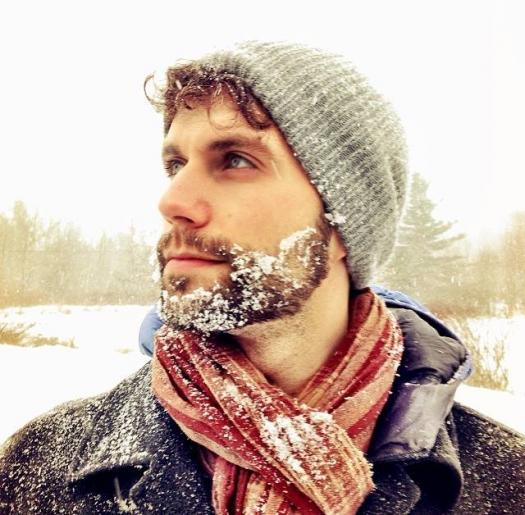 The fusion of science and art offer Jerry a unique lens through which to view the world. “In our culture, the way we talk about science puts up boundaries for expertise,” he said. “We say who does and doesn’t have a right to understand physics, or write a play, or a poem. The downside is our culture is lousy at encouraging amateurism. I’m nothing if not a devout amateur.”

Jerry calls himself an experimental playwright, and he’s not afraid of trying and failing. “I think that word ‘experimental’ isn’t accidental,” he explained. “To be truly experimental means you don’t necessarily know what the result is going to be. The point is inquiry.”

There are similarities between the scientific method and the playwriting process. “It feels trite to say there are two different ways of exploring the same thing, but there absolutely are,” Jerry said.

Both science and art involve curiosity. What Jerry finds beautiful about science is the process and pursuit of finding answers to unexplored questions. In art, people engage in questions that can inspire conversations and build awareness. “Both are approaching a frontier of the unknown,” Jerry said. “What science is trying to do is expand that frontier, extend where the map reaches. What I try to do with art is run far enough into that frontier that I escape what feels known.”

Jerry’s dad was a dermatologist and in his free time learned about the fields of neuroscience and perception. “He was really interested in the question of how he recognizes a skin disease,” Jerry said. “Given that dermatology is such a visual field, thinking about the process of sight and recognition was important. Growing up, I found it fascinating and it was the root of where I went with the Science Talent Search.”

“One of the things I really learned from science is rigor,” Jerry said. “The rigorous way that a question can be asked, an experiment done, lines of inquiry. That’s so incredible in science, and I think art has a lot to learn from that way of thinking.”

One of the things I really learned from science is rigor.

What is Jerry’s advice to those interested in science or art? “Try lots of things. Do things that you’re curious about, even if it seems bad for your career,” he said. He also encouraged people to not be afraid to ask for advice, especially when they’re in or right out of college.

He encourages aspiring artists and scientists, alike, to contact him if they have questions or are seeking advice.

“Make your work; don’t ask for permission,” Jerry urged. “Whether an artist or scientist, do what it is you want to do. And value yourself and the work that you make.”