In this year’s competition, one of the top winners in the category of chemistry, Helena Jiang of Gainesville, Florida, developed sensors that could plausibly detect various pollutants in the environment by changing colors. Helena’s new sensors aim to be affordable and user friendly. They can potentially improve the environment by detecting even trace amounts of toxic material in liquids as well as solid objects.

Here is a conversation we were able to have with Helena.

The experience was definitely once-in-a-lifetime. Every single aspect was mind-boggling— from the camera swooping down during the awards ceremony to just standing next to and talking to someone who lives a completely different life from you. Someone can be from another U.S. state or from an entirely different country, yet we both have the same interest in science. There is nothing in the world I would trade for it. 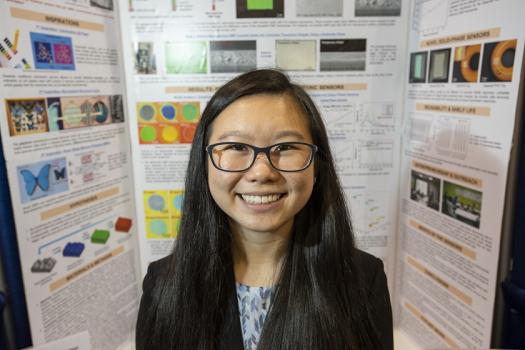 Be present, and question things that may seem negligible, yet stick out to you. There was a point in my project where the spacer I had used to create my sensors actually started becoming detected by the sensors themselves. The spacer was only used to separate glass slides, but it caught my eye and I questioned it. My peers originally thought it might’ve just been contamination, but I firmly believed it wasn’t.

Much like Feng Zhang, I too think it is important to take a step back and look at the whole. I like to do this every once in a while, especially during a setback. Sometimes we become so focused on one specific aspect of a research project that we block out the others. An easier solution may lie outside of the box we’re currently focused on. 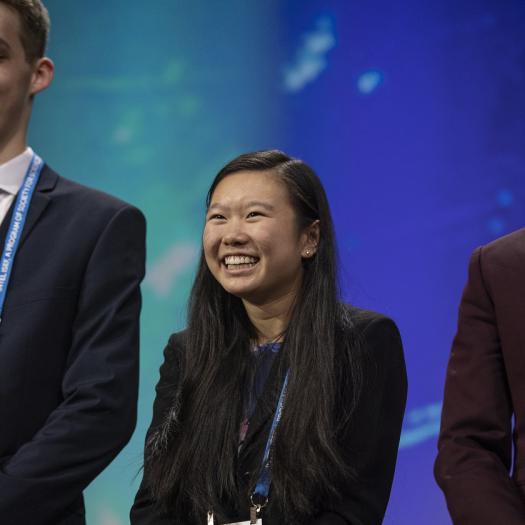 What do you feel is the most important invention/scientific breakthrough in the world?

So many things can be said for this answer. Without the discovery of the lightbulb, the wheel or penicillin, our modern world would not be the way it is today. However, though this may sound silly, I believe the most important scientific breakthrough is the discovery of the chocolate chip cookie. In the 3rd grade, I learned that chocolate chip cookies were actually made on accident. This opened my eyes, and my way of thinking was changed afterwards. Failure is one of the most important obstacles on the road to success.

When I was younger, I danced competitively. I love just dancing around in my room, listening to music or even just spinning down supermarket aisles. Though I don’t do this enough, I also love taking a good run around my neighborhood, maybe even doing a little dance move in the middle!