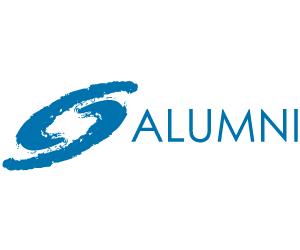 Anarghya Vardhana first got into virtual reality by throwing boxes at her sister using an Oculus developer kit. She’s moved on from that to venture capital for technology.

STEM, she says, is a way to bend the rules and create new ones. Anarghya was recently named to the 2017 Forbes 30 Under 30 list. She was recognized in the venture capital sector for her work at Maveron, a venture capital firm that invests in businesses focused on technology products and services in commerce, education, and health and wellness. Read on to learn more about her job and how STEM inspires her.

GETTING INTO VIRTUAL REALITY BY THROWING STUFF AT HER SISTER: I did my first virtual reality demo in the spring of 2013, AltspaceVR. In this early demo, I was able to sit in a virtual room and throw boxes at my sister, using the Oculus developer kit hardware device. I was blown away. Here I was sitting in the real world, feeling true presence in the virtual world.

The Society’s science fairs have arguably been the most defining experience of my life thus far.

I spent over a year and a half working at Frontier Tech Ventures, learning the ins and outs of virtual reality, augmented reality, and other divisions of frontier tech (artificial intelligence, robotics, 3D printing, etc.). I saw that this was the future of computation and the way in which consumers would largely interact with the world around them.

HER DAY-TO-DAY AT MAVERON: At Maveron, we’re a consumer-only venture capital firm, which means that we’re supposed to find world-class founders building direct-to-consumer companies that leverage technology. We invest in these companies, and support them in growing and achieving their aspirations.

WHAT THE FORBES RECOGNITION MEANS: I’m truly honored (and a little star struck!) to be a part of this list alongside other hard-working, visionary, and committed investors. Across all the sectors, I couldn’t have asked for a better 30 Under 30 class to be a part of.

The recognition is just the start. It means that I have a lot to do.

But to be honest, the recognition is just the start. It means that I have a lot to do. It means that my teammates at Maveron, Forbes, those that nominated me, and many others see promise and potential in me, and I hope to do them proud!

A NUMBER OF NUMBER THEORY PROJECTS: For DCSYC [a program of the Society for Science & the Public] I did a project on negative base systems. So base ten, but negative base ten. And then for Intel ISEF and Intel STS [now Regeneron STS], I focused on cryptography within number theory. By the time I was a senior, I had written a new theorem in number theory which developed a novel method for computing the Jacobi symbols for Mersenne numbers.

My dad had my sister and me coding, solving complex math problems, and building circuit boards from a young age.

HOW STEM INSPIRED HER: I’ve been involved with STEM since as long as I can remember. My dad is an engineer (recently retired after a long career at Intel!) and had my sister and me coding, solving complex math problems, and building circuit boards from a young age.

I was also lucky enough to go to fantastic schools in Oregon (St. Mary of the Valley, Valley Catholic, and Jesuit High School), where the math and science programs were stellar. I still remember solving Kryptos (math puzzles requiring a lot of creativity) in Mrs. Rabe’s 4th grade advanced math class, studying negative base systems with Mr. Johnson (which turned into a project I entered into the DCYSC competition), and spending hours at Starbucks absorbing number theory with Dr. Gorman. These were teachers and educators who saw a little girl interested in problem solving and who gently nudged me in the right direction.

In high school I had the honor of working under the legendary Dr. Hendrik Lenstra in the Netherlands. He taught me the concept of 10,000 hours, where with 10,000 hours of practice in a field, one can become world-class.

STEM is a way to look at rules, bend the rules, and create new ones.

STEM was then and is now an exercise in problem solving and creativity. But more than that, it is a way to look at rules, bend the rules, and create new ones.

In my current field, we see innovative tech founders do that daily. In the recent movie Hidden Figures, we saw the likes of Katherine Johnson create the mathematics and rules of space travel that previously had not been defined. That is STEM, and that is the love for STEM that my late grandfather (a mathematician and professor) and father instilled in me from a young age.

No, it’s not always easy. In fact, it’s probably always hard! But from my mother, I learned to never shy away from hard work, so I’ve stuck with it in its many different forms. From studying pure number theory to spending my time understanding STEM so that I can make intelligent investment decisions.

HER INVOLVEMENT IN THE SOCIETY’S COMPETITIONS ENCOURAGED HER INTO STEM: The Society’s science fair system has arguably been the most defining experience of my life thus far.

Preparing for a science fair is a year-long or many years-long endeavor. I did independent research at the age of 12 in order to prepare for the NorthWest Science Expo and later on DCYSC.

I am not exceptional. I have no hidden talents. I am not a prodigy. And I am far from a genius.

I am not exceptional. I have no hidden talents. I am not a prodigy. And I am far from a genius. I was blessed enough to have incredible parents and educators who pushed me, and my own hard work, proclivity for learning, and curiosity.

I say this because I believe that more kids should be involved in the science fair system and have the experience of doing research early on. Of presenting findings early on. Of speaking before judges and thinking under pressure. They should not think that this type of work or experience is reserved for a certain “genius” or nerd.

More kids should be involved in science fairs and have the experience of doing research early on. They should not think that this type of work or experience is reserved for a certain ‘genius’ or nerd.

All of these are skills and interests I gained at a very young age, thanks to the Society competitions. They are skills that I continue to use in my life and work today. The basic foundation of problem solving that STEM sits upon is necessary and relevant for all fields. I even believe that we will live in a future where reading code will become as expected or necessary as reading regular language.

Our lives are becoming more technologically dependent, not less. People must learn how to understand, if not, build and modify, the technology around them. All that requires STEM education, and in me, you’ll find a strong advocate for STEM, for everyone, but especially for women and people of color.

HER MOST MEMORABLE EXPERIENCE IN A SOCIETY COMPETITION: Winning 🙂

I will never forget getting second place at the 2006 Intel ISEF in Indianapolis, standing dumbfounded and stumbling through the aisles to get to the stage. But interestingly enough, my sister won her entire category at the 2012 L.A. ISEF, which was probably even more memorable for me, rushing after her with a camera to capture the exciting moment.

HER ADVICE TO OTHER YOUNG PEOPLE INTERESTED IN STEM: Don’t wait, do it. STEM is so many different things. You may feel like it’s one specific thing in school, and maybe that thing isn’t even interesting. But I promise that the world is full of interesting curiosities and almost all of them boil down to the fundamentals of science and mathematics.

Don’t be discouraged by bad grades or failures along the way.

Find what excites you and go after it. And don’t be discouraged by bad grades or failures along the way. I promise you, even people who seem to sit in shiny towers of success have them. I sure did, and I still do.