Mihir Garimella, a junior in high school, develops drones based on animal biology. He was a multi-year Broadcom MASTERS semifinalist and 2013 finalist, and an Intel ISEF 2015 finalist. He said Broadcom MASTERS inspired him to continue his work on these projects to make a difference in the world.

Mihir describes how he started working on the Flybot drone, after returning from a vacation to find his family’s house infested by fruit flies. He swatted and missed them, wondering how they were so quick.

Years ago, my family returned from a vacation to India to find our house filled with fruit flies. We’d forgotten to throw out bananas on the kitchen counter. I spent the next month constantly swatting and missing, but I couldn’t help but wonder about what must be going on “under the hood” — what these flies must be doing to escape so quickly and effectively.

I realized something preventing drones from being used for humanitarian tasks was they weren’t able to respond to changes in their environment. I made the connection to the fruit fly’s escape and built FlyBot.

I researched and found that the fruit fly’s escape was fairly sophisticated, using their simple but fast visual system. Around the same time, I had been reading about drones in the news. I realized that one of the things preventing them from being used for humanitarian tasks like emergency response was that they weren’t able to respond to changes in their environment. I made the connection to the fruit fly’s escape and built FlyBot, a tiny flying robot that can avoid obstacles (like collapsing ceilings or falling objects) by mimicking the way fruit flies detect and respond to threats.

Be a champion for strong science. Join the Society now.

Over millions of years, nature developed incredibly robust and effective solutions through a sort of “trial and error,” so current behaviors and designs are the best that nature has ever tried. Drones, in particular, operate in the same environments as flying organisms — environments that are complex, dynamic, and unknown beforehand — so nature’s designs are a great resource for creating this type of technology.

His drones draw from biological systems in nature to solve problems like obstacle avoidance.

I’ve extended my work to look at other problems flying robots face and find how to draw inspiration from biology to solve them. One of these problems is obstacle avoidance, making a map of your environment so that you can avoid static obstacles like tables, walls, and chairs.

This is typically done with complex sensors like laser scanners, but these sensors are large, heavy, expensive, and draw a lot of power. Instead, my robot uses a single camera to create a map of its environment and draws from the fruit fly, which perceive the environment in terms of edges, and birds, which use each eye independently to create depth. Birds have to solve this problem of converting a series of two-dimensional images into a three-dimensional map of their surroundings.

I conducted real-world testing with a group of local firefighters with small, controlled fires and my robot located them.

I also explored autonomously locating a target (like a trapped victim after a disaster or in a fire) by combining information from multiple types of sensors. Fruit flies and bacteria are good models for this task since they use simple but effective methods of finding food. I created a robot that replicates their behaviors to find fires. I conducted real-world testing with a group of local firefighters with small, controlled fires and my robot located them.

One thing that I particularly liked about Broadcom MASTERS was that it exposed me to so many fields of science; seeing the other finalists’ projects and taking part in the STEM challenges showed me that science is incredibly broad and touches virtually every area of our lives.

Broadcom MASTERS inspired me to keep working on these projects to make a difference.

Broadcom MASTERS also showed me that science and engineering — things I had previously been doing as a hobby — could be incredibly fun and useful, and inspired me to keep working on these projects to make a difference.

Broadcom MASTERS was the first time I had participated in a national science fair, and the Broadcom and Society for Science & the Public teams went out of their way to make the event really special.

We had the chance to discuss our projects with staff in the Office of Science and Technology Policy and we spoke with the President’s Chief Scientific Advisor, Dr. Holdren, about how he promotes STEM education.

We also had the once-in-a-lifetime opportunity to meet President Obama! He shook each of our hands, took photos, and then gave us a tour of the Oval Office — he showed us the famous patents and models that decorated the walls and bookshelves.

For his Broadcom MASTERS project, Mihir embedded smells in movie clips. He wanted to smell the garden when FaceTiming with his grandparents in India.

I created a way to embed smells within movie clips. During our weekly FaceTime calls, my grandparents in India would show me the garden in front of their house — but I felt like something was missing because I wasn’t able to smell it.

I wanted to find a way to digitally recreate smells to make experiences like this richer, so I created a device that uses five modified air fresheners connected to some circuitry that I designed to disperse scents on demand. I also wrote a software library to create and send instructions to those air fresheners and created a movie editor to allow scents to be inserted at various points in a movie clip, with specific duration and strength.

Mihir’s advice to other young scientists is to look around and pick a problem that excites them.

Look around. There are so many problems in the world — so pick a problem that excites you.

There are so many solutions that exist in places where you might not expect, or where scientists might not have looked before — I never expected fruit flies to hold the key to designing better drones — and curiosity will allow you to make these kinds of unlikely connections.

A future forward mindset for innovation and entrepreneurship 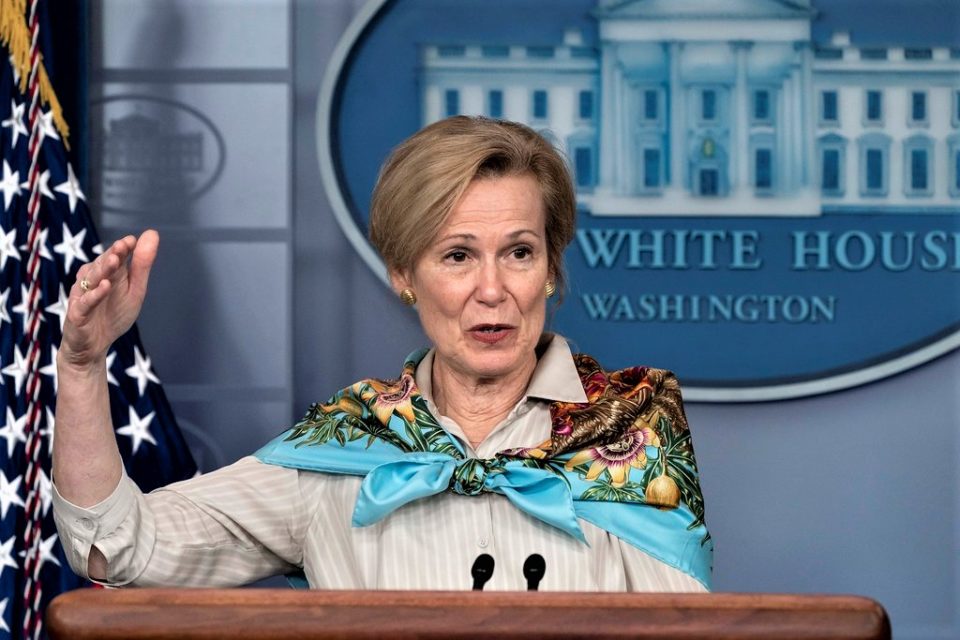 From ISEF to the White House, Dr. Deborah Birx leads the country during a public health crisis