Annually for three years, The Lemelson Foundation will give $100 awards to an outstanding inventor in up to 270 Society Affiliate Fairs with middle school participants around the country. The prize was especially created to reward young inventors whose projects exemplify the ideals of inventive thinking by identifying a challenge in their community and create a solution that will improve lives.

The importance of clean water for survival cannot be overstated. This fact of life motivated middle school student Dani Prince’s science fair project, titled “Clean Water Matters,” as she set out to determine the effectiveness of sari cloth in filtering out coliform bacteria. Her school’s science fair at Deerfield Academy, a homeschool in South Carolina, awarded her with the $100 Lemelson Early Inventor Prize for creating a promising solution to a real-world problem.

Dani first became interested in the global water crisis after a family trip to South Africa, where Dani’s mom is from. “While I was there, I experienced firsthand how some people live; they have no access to clean water and no education on filtration. This really opened my eyes,” she remembered. Two years later, when applications for the school science fair opened, Dani had a topic in mind from a study she read in the New York Times.  “I immediately knew that I wanted to research an alternate, cheap way to filter water. I learned that sari cloth was being used to filter out cholera, a deadly waterborne disease, in Bangladesh. I wanted to test if sari cloth could filter out other types of bacteria.” 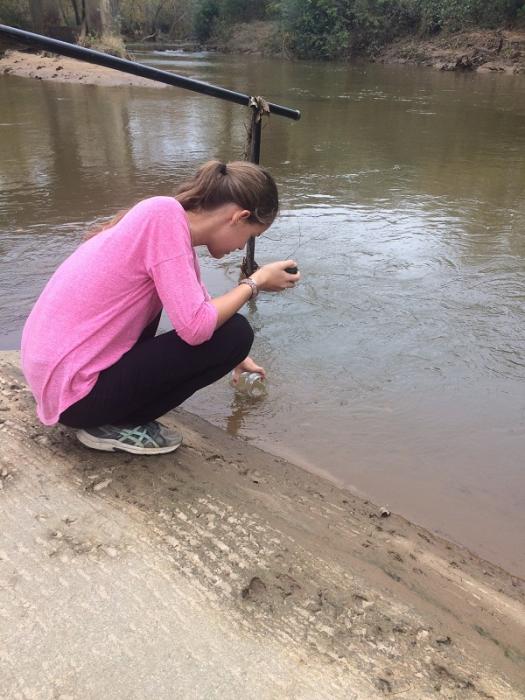 Dani’s methodology involved comparing sari cloth to a MSR® pump filter and a homemade filter, made out of rocks, sand, activated carbon and a piece of cloth. First, she gathered coliform positive water samples from a river near her home in Laurens, South Carolina and ran them through the filters. “For my testing, I purchased test tubes which contained a test broth that would change color if it was positive for coliform bacteria. I conducted five tests per filter. Allowing the test tubes to incubate for 72 hours, I recorded data at 24-hour increments,” she explained. “The MSR® pump filter performed the best, with no change of color. The sari cloth filter lasted for 48 hours and then changed color, which indicates that there was a small amount of coliform bacteria in the water. The homemade filter had turned completely yellow after only 24 hours.”

The invention process was not without challenges. Dani learned that for the sari filtration system to work optimally, she needed to use cotton sari cloth. This was problematic because most types of sari fabrics are a silk and cotton blend. After some online searching, she found some cotton sari cloth on Etsy, which came from Mumbai, India. Dani was both delighted and surprised. “That small piece of sari cloth traveled halfway around the world!” She also had some difficulties with purchasing an appropriate bacteria test kit. “I had to perform approximately 20 separate tests. I had limited financial backing and didn’t want to test for dangerous bacteria because of science fair regulations. I eventually found a suitable test kit.” 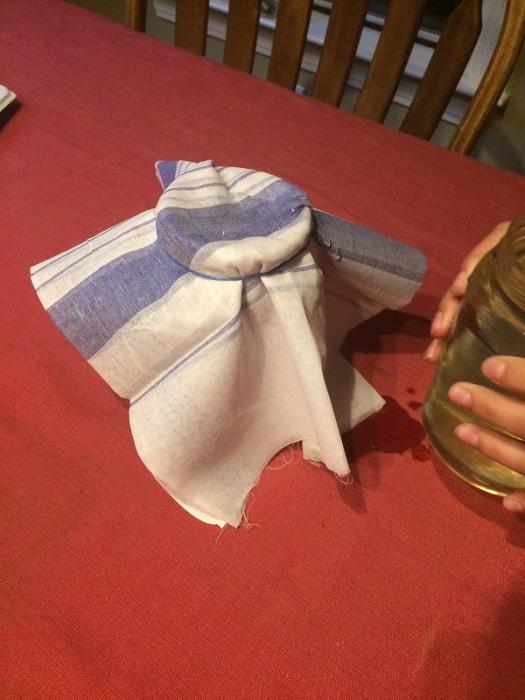 Dani’s persistence was fueled by her concerns about the lack of education on effective water filtration, especially in the developing world. “Many people don’t understand that if you defecate near a drinking water source, chances are you will get sick.” Another issue is compliance. “In the study I read from the New York Times about sari cloth filtering out cholera, researchers mentioned that they attempted to educate some villagers. However, because they could not see a visible difference in water quality after they filtered it through the sari cloth, they found this additional step unnecessary.”

Dani still has a desire to invent and found the entire experience to be very fulfilling. “I always hear of people creating incredible things to help people,” she said. Given the applications her project could potentially have, she is thinking through how her sari cloth filter can be improved. “During my experiment, I only filtered the water through the sari cloth once. I want to test if the number of times the water is filtered will affect the amount of bacteria. Additionally, I want to change the number of layers of sari cloth in the filter. I used four layers of sari cloth for my project, but I want to test how the number of layers influences the bacteria,” she elaborated. Dani is also interested in seeking out an alternative filter. “I would love to find out if fabrics from other countries could also be used.”