The Regeneron Science Talent Search (Regeneron STS), a program of the Society for Science for 81 years, is the nation’s oldest and most prestigious science and mathematics competition. Started in 1942 as the Westinghouse Science Talent Search, the Regeneron STS recognizes and empowers our nation’s most promising young scientists who are developing ideas that could solve society’s most urgent challenges. Each year, nearly 1,900 students enter the Regeneron STS, submitting original research in critically important scientific fields of study. Unique among high school competitions, the Regeneron STS focuses on identifying, inspiring, and engaging the most promising scientists among the nation’s high school seniors. 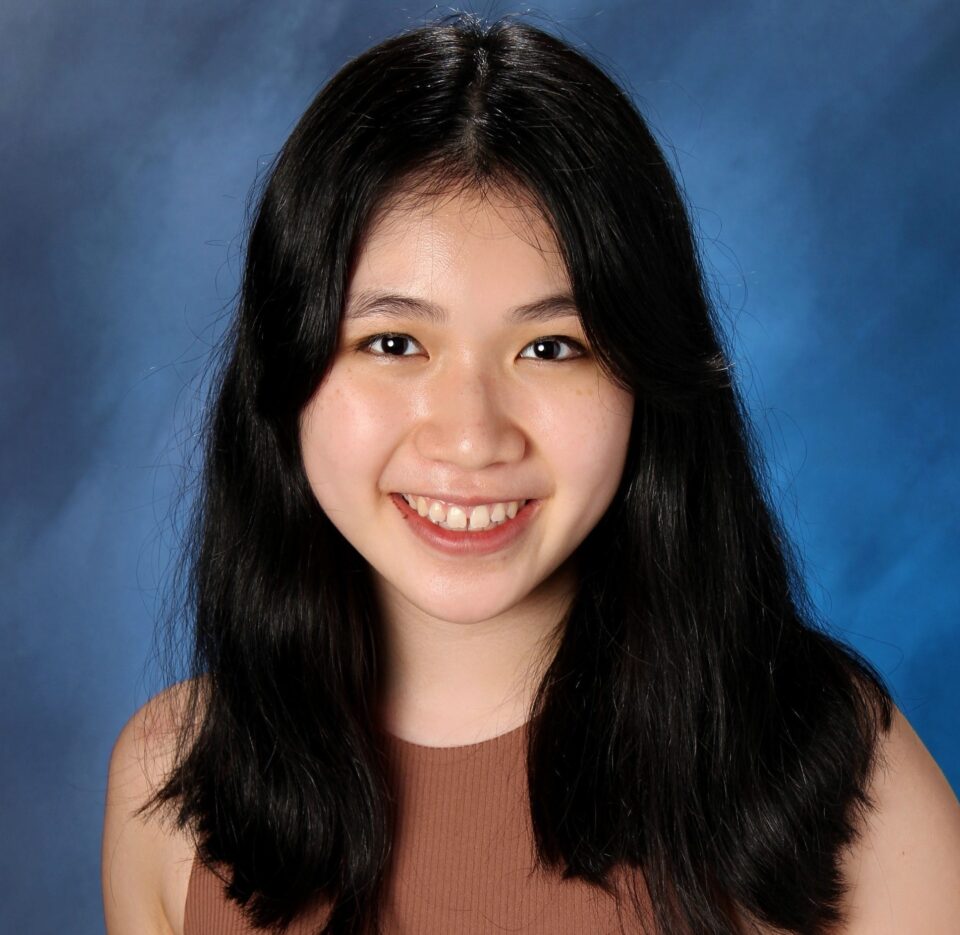 Christine Ye, 17, of Sammamish, Wash., analyzed the gravitational waves emitted from huge collisions between neutron stars (collapsed super-dense stars) and black holes. By analyzing data gathered at the LIGO gravitational wave observatory, where scientists use data from these waves to measure astronomical objects, she showed that a quickly spinning neutron star could be extra massive, even larger than a typical neutron star, but still smaller than a black hole. 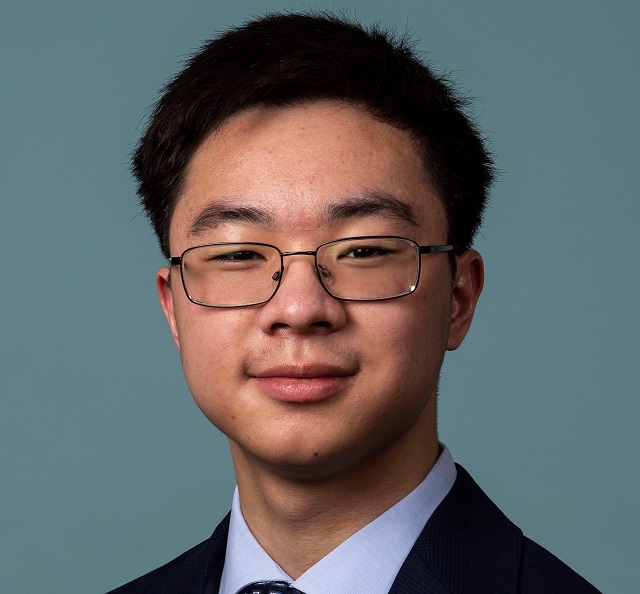 Victor Cai, 18, of Orefield, Pa., created a short-range, narrow-bandwidth radar that calculates distance by transmitting two signals at different frequencies and then measuring the phase difference between them. By combining a multiple frequency continuous wave radar algorithm with software that replaces specialized hardware and then writing additional algorithms to correct inaccurate readings, he created a radar accurate to within 12 cm. 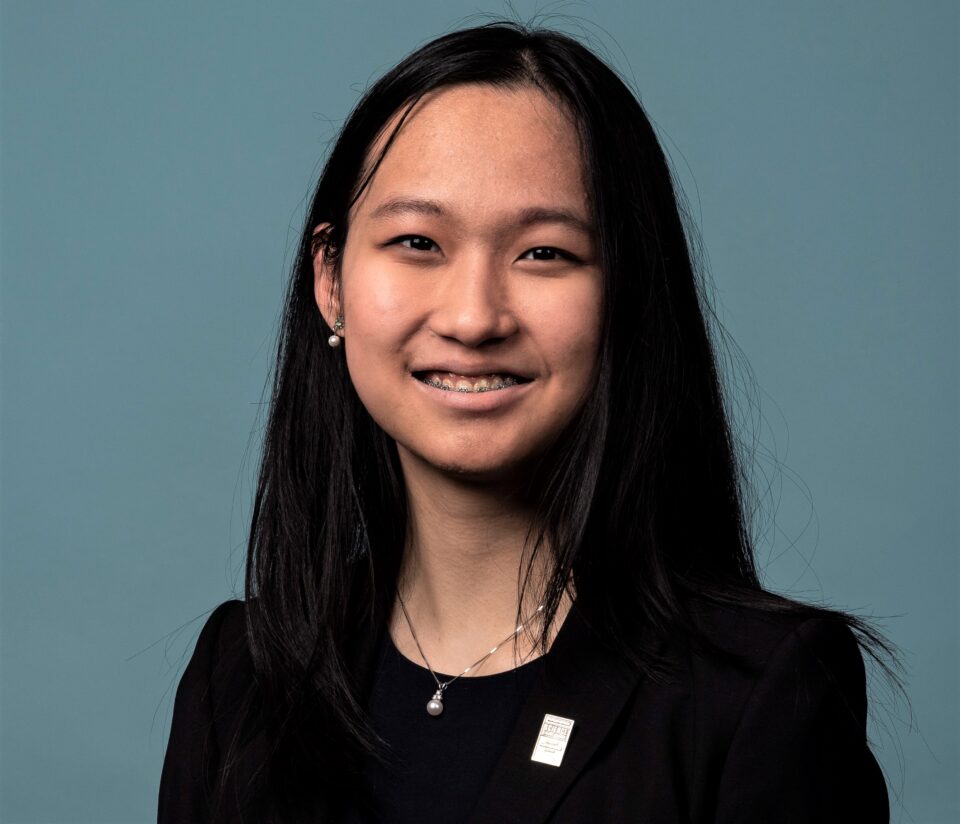 Amber Kaixin Luo, 18, of Stony Brook, N.Y., developed a software, RiboBayes, that identifies key regions known as “ribosome pause sites” along a cell’s mRNA transcripts that regulate protein synthesis. Her tool reveals critical insights into how ribosome pause site expressions is altered by diseases. By providing greater ability to locate and evaluate the key components of protein synthesis that occur at these ribosome pause sites, RiboBayes enables researchers to gain a more complete view of the mechanisms underlying a wide range of diseases. 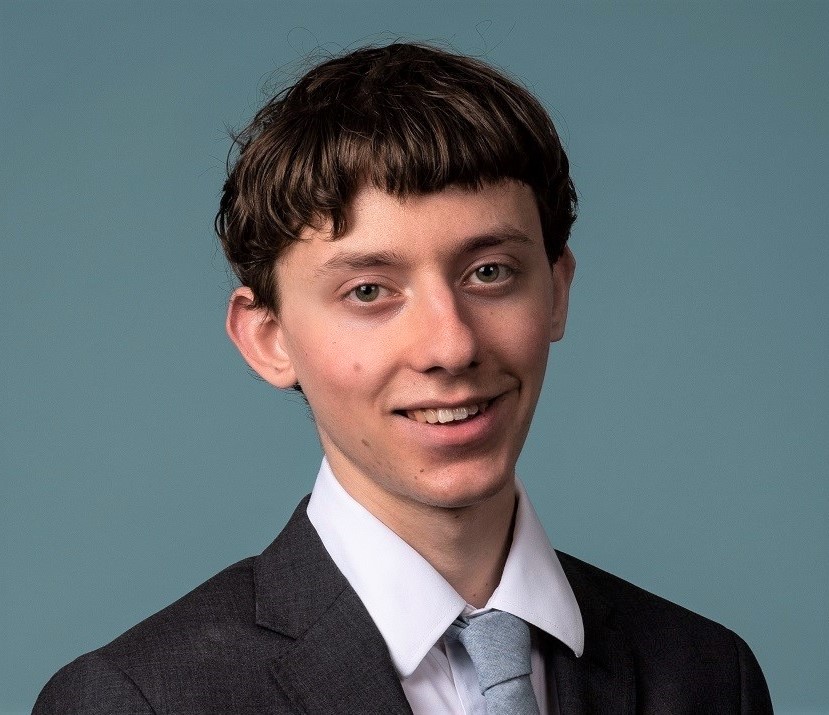 Daniel Larsen, 18, of Bloomington, Ind., answered an important math question about the abundance of Carmichael numbers, which resemble prime numbers even though they are not true primes. He showed that for any sufficiently large number, there is always a Carmichael number hidden between it and its double. Daniel hopes his work will lead to a better understanding of these intriguing pseudoprimes. Prime numbers are crucial for cryptography, which uses large primes to help keep communications secure. 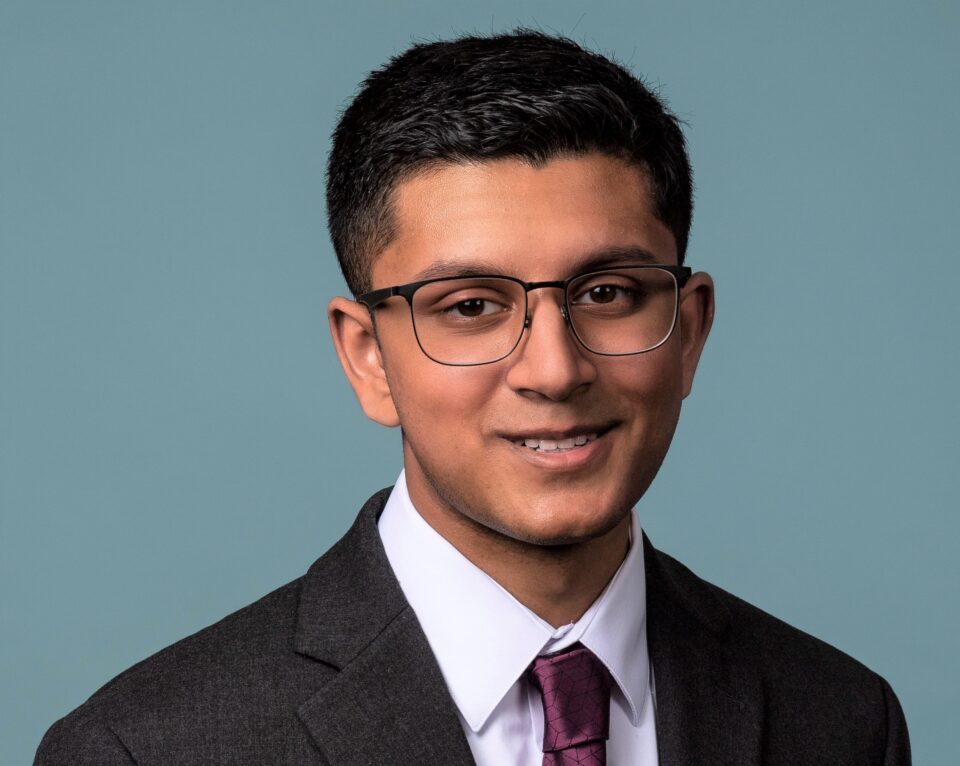 Neil Chowdhury, 18, of Bellevue, Wash., created a computer model to study the role of a histone protein implicated in colon cancer and found that the histone caused changes to two key processes regulating the way DNA folds itself to fit into the nucleus of cells. His simulations of polymers, using data from a colon cancer cell line, accurately reproduced recent experimental results and showed that the histone modification caused changes in the DNA’s physical formation, specifically compartmentalization and loop extrusion. 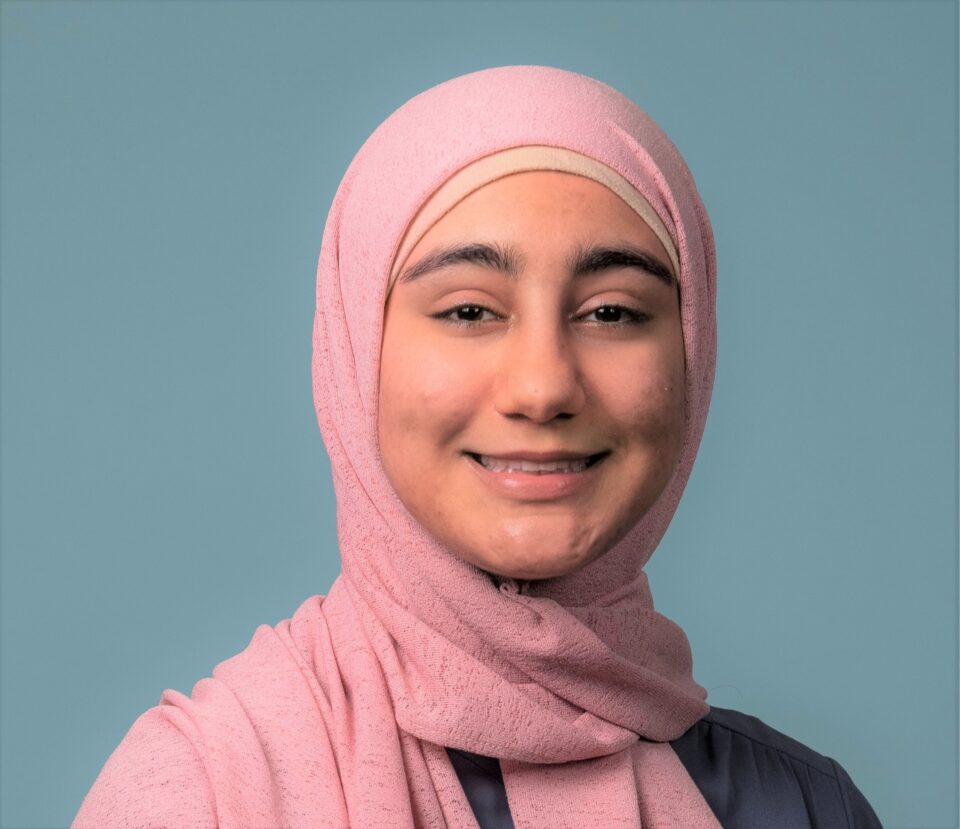 Aseel Rawashdeh, 17, Austin, Texas received an $80,000 award for developing an inexpensive way to kill the larvae of mosquitos that spread viral illnesses. By incorporating an essential oil (such as cinnamon, garlic or orange) into baker’s yeast microcapsules, she made a cost-effective bait that kills the larvae of mosquitos that spread malaria. Equally important, in early tests, her larvicide’s encapsulated oils appear to be harmless to nearby algae and non-targeted insect larvae. 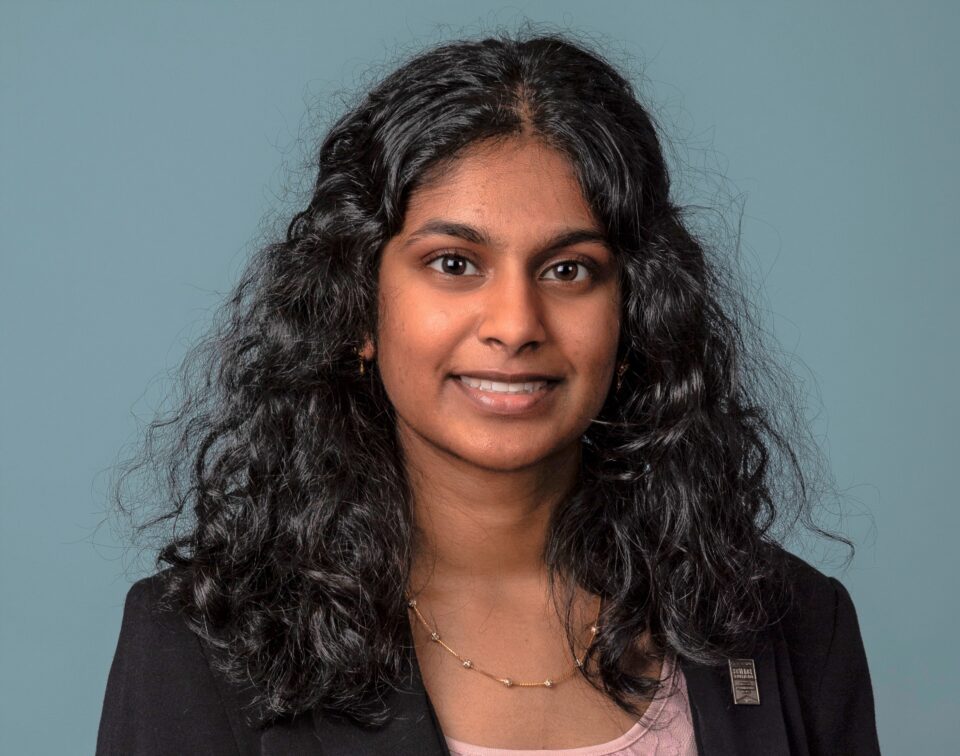 Pravalika Gayatri Putalapattu, 17, of Centreville, Va. received a $70,000 award for designing a video-assisted workflow recognition program to monitor laparoscopic gall bladder surgeries in real-time, verify the surgeons’ actions, and flag errors so immediate corrective action can be taken. Her work was inspired after a close cousin died from a preventable surgical mistake by a “tired, overworked, underpaid surgeon in India.” Her new system is five times faster than similar systems used currently. 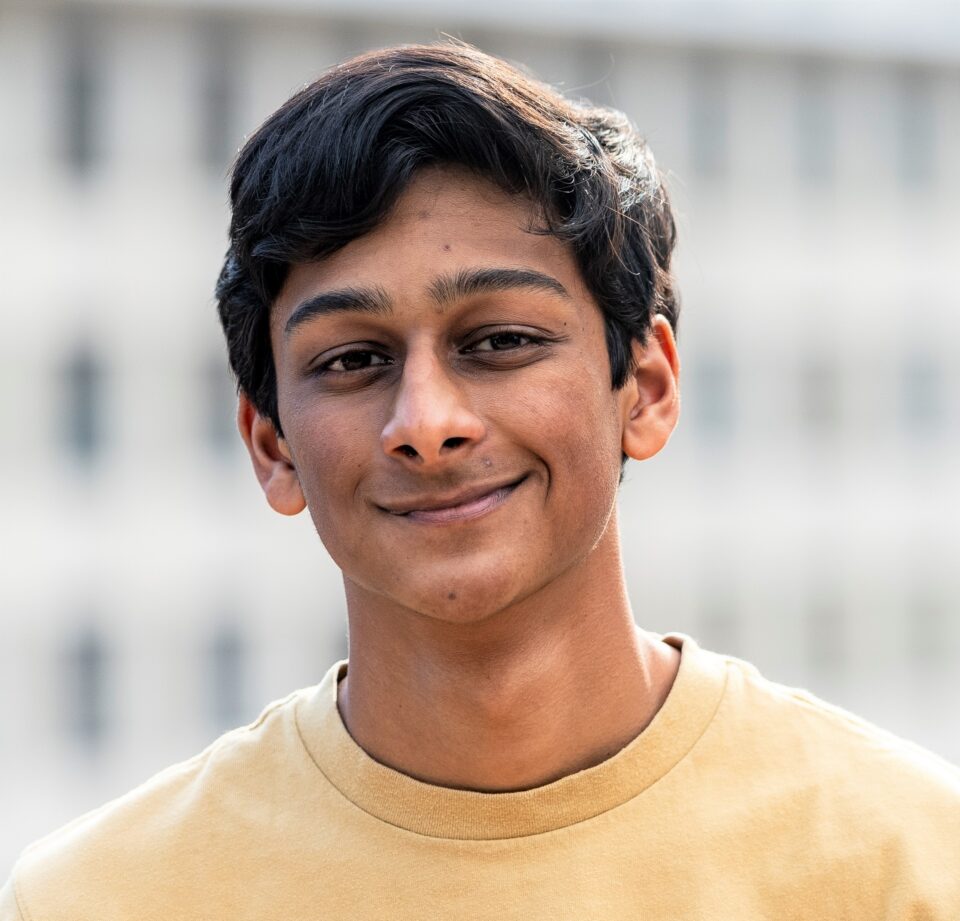 Neil Rathi, 17, of Palo Alto, Calif., identified common linguistic patterns in four languages that support the theory that human language evolved for greater efficiency in communication. Using a machine learning model, Neil studied how our minds optimize language by fusing multiple informational elements into the smallest meaningful unit of a word such as “ed” in “talked,” which conveys both past tense and word completion, and he found patterns of “informational fusion” in all four languages. 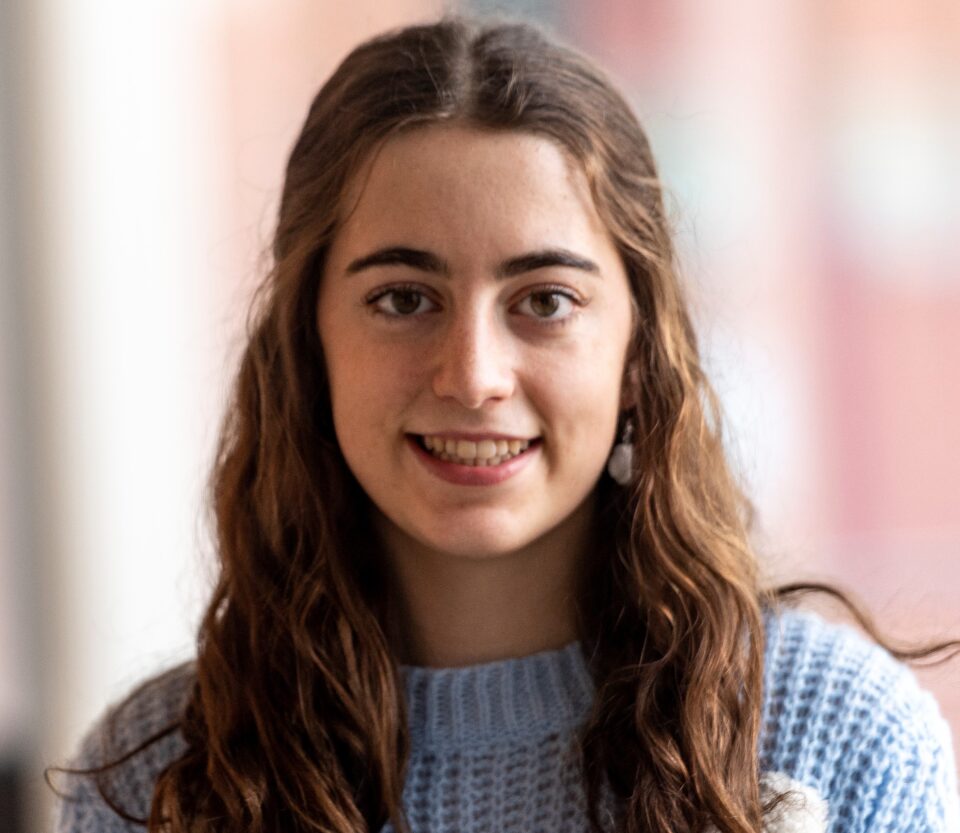 Amara Orth, 18, of Glenwood, Iowa, eavesdropped on her family’s honeybees so she could identify the changes in vibroacoustic patterns in each hive. She measured the sounds and vibrations from bees in 25 hives and developed an AI model to analyze the colony’s health with an accuracy of 92%. If the data is gathered and decoded in time, her system may give beekeepers time to prevent colony collapse. 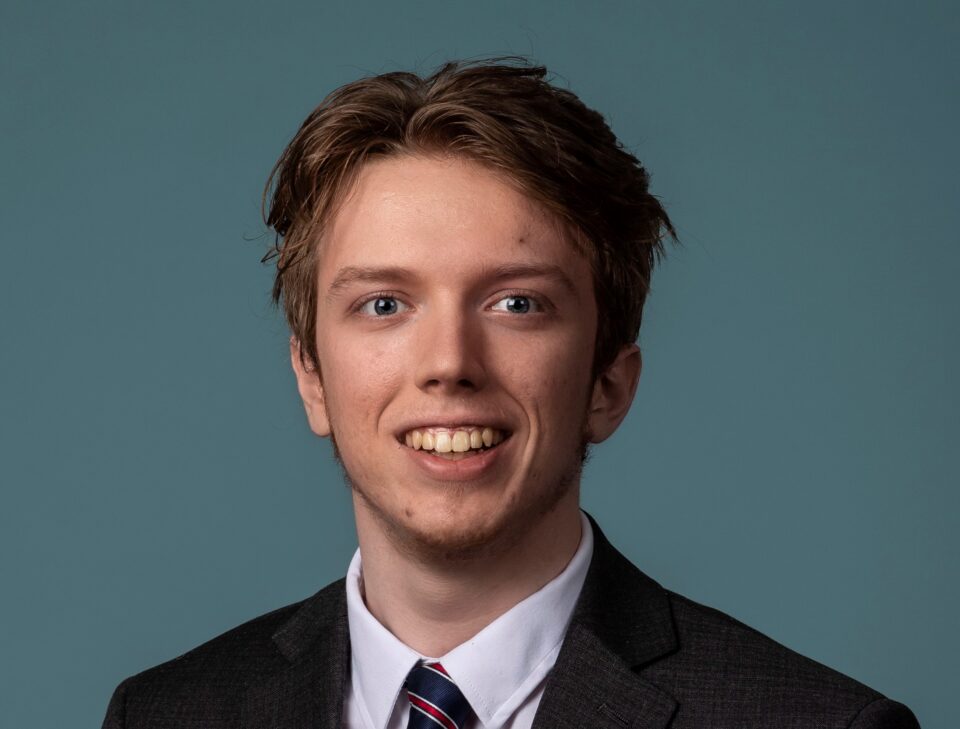 Luke Robert Robitaille, 18, of Euless, Texas, used the mathematical concept of topological entropy to study simple braids, a formal way to describe the complicated patterns that arise from intertwining multiple lengths of string. Luke proved that most simple braids are orderly for low numbers of strands, but as the number of strands grows large, nearly all simple braids are chaotic. His work could help researchers better understand the chaotic mixing of fluids. 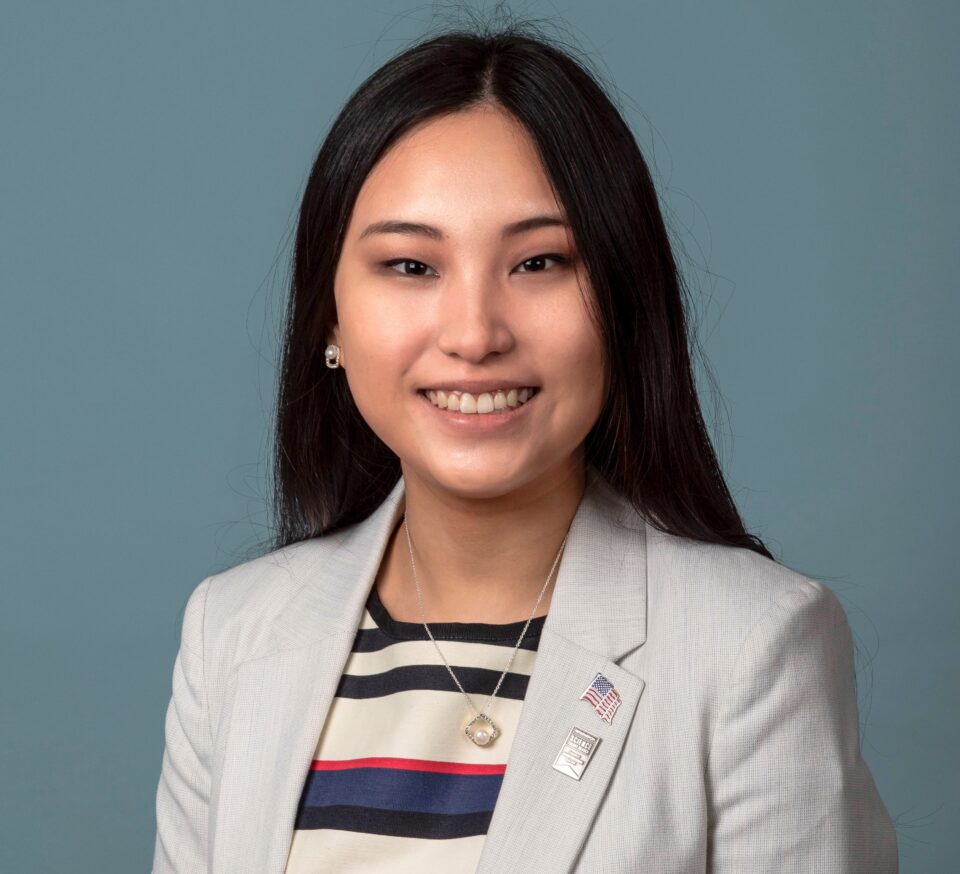 Hailee Han Byur Youn, 17, of Roslyn, N.Y. was named the Seaborg Award winner and given the opportunity to speak on behalf of the Regeneron Science Talent Search Class of 2022. The 40 finalists chose Hailee as the student who most exemplifies their class and the extraordinary attributes of nuclear chemist Glenn T. Seaborg, who won the Nobel Prize for Chemistry in 1951 and served on the Society’s Board of Trustees for 30 years.

Saturday Night Live‘s Melissa Villaseñor hosted the 81st Regeneron Science Talent Search. This was an incredible treat as this was the first time since 2019 that the competition was held under strict protocols in-person in Washington D.C. after two virtual competitions in 2020 and 2021.

Melissa Villasenor broke barriers by becoming the first-ever Latina cast member of Saturday Night Live. A comedic impressions expert, she got her start as a semifinalist on America’s Got Talent. Some of Melissa’s most memorable impressions include Owen Wilson, Lady Gaga, and most recently debuted on SNL, Dolly Parton. An accomplished voice actor, she has been part of films such as Toy Story 4 and Wreck It Ralph 2, among dozens of television shows. Melissa was a guest on Jerry Seinfeld’s Comedians in Cars Getting Coffee, as well as Hubie Halloween, Barry, Crashing, Awkwafina is Nora From Queens, to name a few.

As host of the 2021 Independent Spirit Awards, she blended those talents that made her a household name with the world of high fashion, being dressed by House of Dior, Valentino, and Gabriella Hearst.  While traditional stand-up touring was put on hold in 2020, Melissa replaced live shows with Virtual Drawing Sessions at over twenty schools.

In addition to her national comedy tour California Girl, last year Melissa has partnered with Incubus’ Brandon Boyd for a limited run of her original artwork. Chronicle Books will be publishing her upcoming book, a creative self-help journal featuring her original art, available summer of 2022. Melissa’s stand-up special was released December 2021 and can be streamed on Netflix ‘The Standups 3.’ 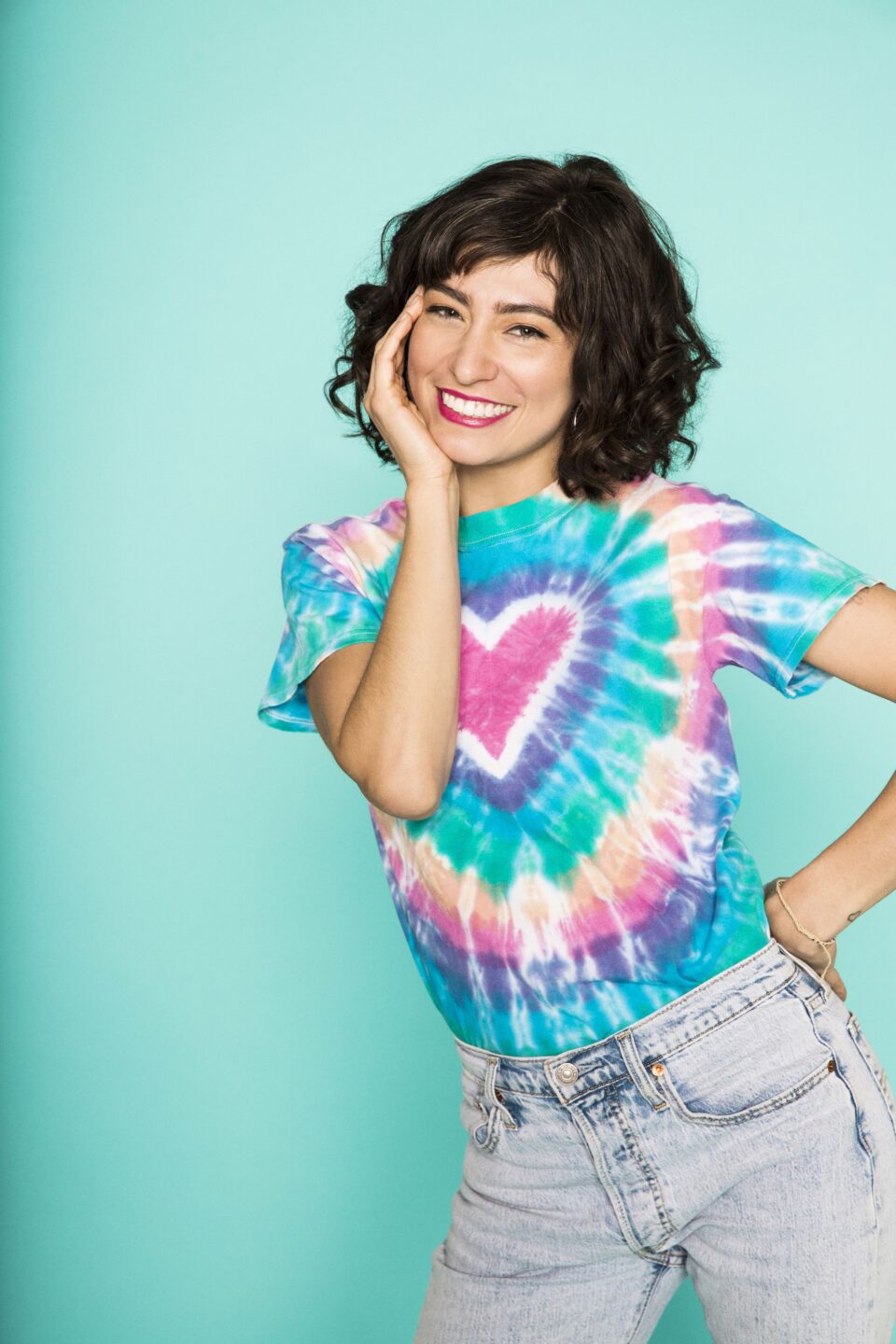 Interview Maya Ajmera, the President & CEO of the Society for Science

We invite you to interview the President & CEO of the Society for Science, Maya Ajmera, to learn more about Regeneron ISEF and this year’s winners. Please email communications@societyforscience.org for assistance.

We invite you to interview George D. Yancopoulos, M.D., Ph.D., Cofounder, President and Chief Scientific Officer at Regeneron to learn more about this year’s winners of the Regeneron Science Talent Search. Please email ella.campbell@regeneron.com for assistance.