Physics is the science of matter and energy and of interactions between the two. Astronomy is the study of anything in the universe beyond the Earth. 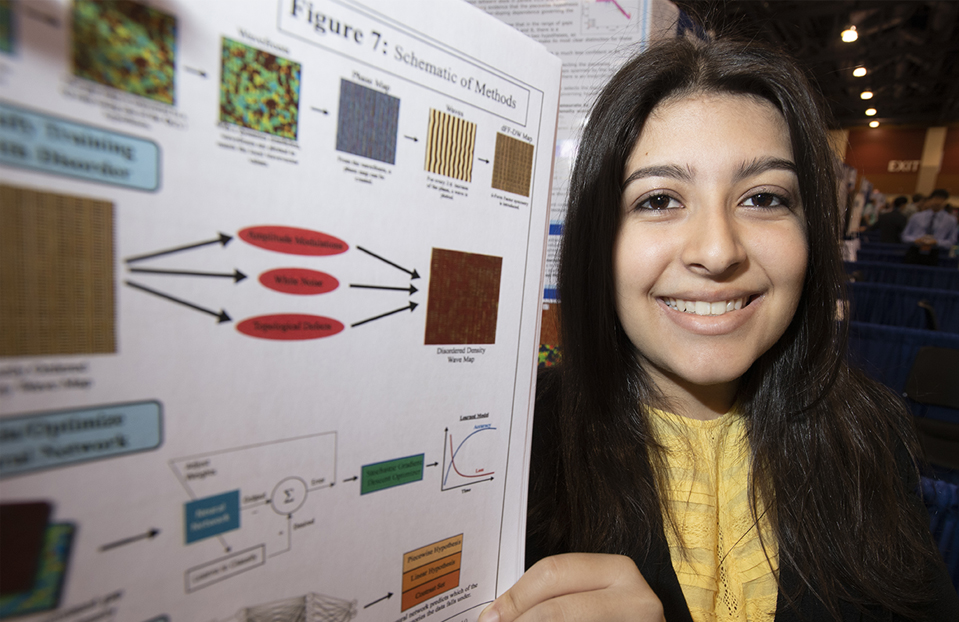 Astronomy and Cosmology (AST): The study of space,  the universe as a whole, including its origins and evolution, the physical properties of objects in space and computational astronomy.

Biological Physics (BIP): The study of the physics of biological processes and systems.

Condensed Matter and Materials (MAT): The study of the properties of solids and liquids. Topics such as superconductivity, semi-conductors, complex fluids, and thin films are studied.

Mechanics (MEC): Classical physics and mechanics, including the macroscopic study of forces, vibrations and flows; on solid, liquid and gaseous materials. Projects studying aerodynamics or hydrodynamics also belong in this subcategory.

Nuclear and Particle Physics (NUC): The study of the physical properties of the atomic nucleus and of fundamental particles and the forces of their interaction. Projects developing particle detectors also belong in this subcategory.

Theoretical, Computational, and Quantum Physics (THE): The study of nature, phenomena and the laws of physics employing mathematical or computational methods rather than experimental processes.