This category includes all aspects of animals and animal life, animal life cycles, and animal interactions with one another or with their environment. Examples of investigations included in this category would involve the study of the structure, physiology, development, and classification of animals, animal ecology, animal husbandry, entomology, ichthyology, ornithology, and herpetology, as well as the study of animals at the cellular and molecular level which would include cytology, histology, and cellular physiology. 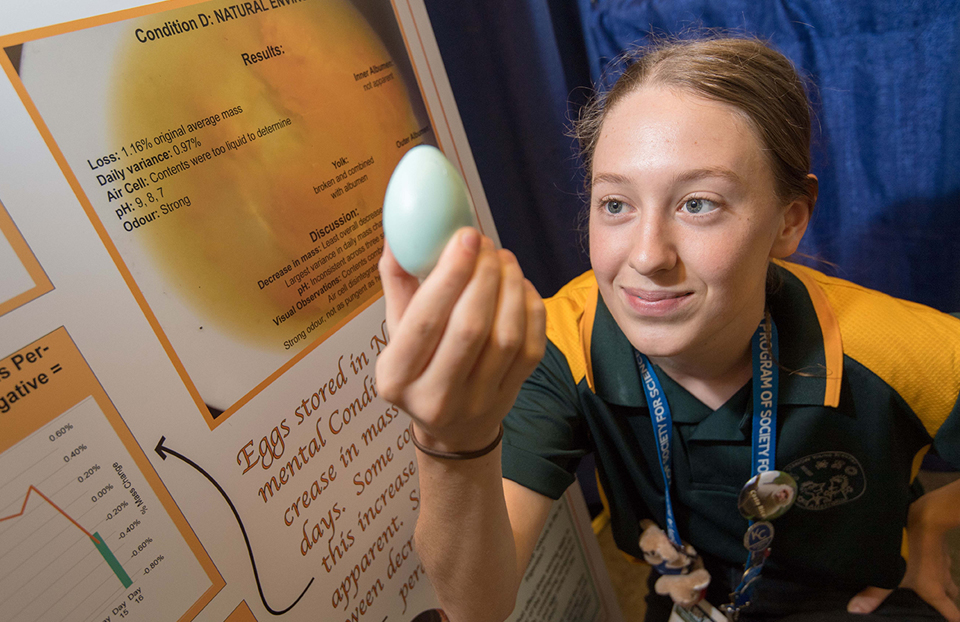 Animal Behavior (BEH): The study of animal activities which includes investigating animal interactions within and between species or an animal’s response to environmental factors. Examples are animal communication, learning, and intelligence, rhythmic functions, sensory preferences, pheromones, and environmental effects on behaviors, both naturally and experimentally induced.

Cellular Studies (CEL): The study of animal cells involving the use of microscopy to study cell structure and studies investigating activity within cells such as enzyme pathways, cellular biochemistry, and synthesis pathways for DNA, RNA, and protein.

Development (DEV): The study of an organism from the time of fertilization through birth or hatching and into later life. This includes cellular and molecular aspects of fertilization, development, regeneration, and environmental effects on development.

Ecology (ECO): The study of interactions and behavioral relationships among animals, and animals and plants, with their environment and with one another.

Genetics (GEN): The study of genes, genetic variation, and heredity in living organisms. These projects include studies of heredity, dealing with resemblances and differences of related organisms resulting from the interaction of their genes and the environment.  Studies may include projects relating to gene expression, gene regulation, genomics, and model organisms.

Nutrition and Growth (NTR): The study of natural, artificial, or maternal nutrients on animal growth, development, and reproduction including the use and effects of biological and chemical control agents to  control reproduction and population numbers.

Physiology (PHY): The study of one of the 11 animal systems. This includes structural and functional studies, system mechanics, and the effect of environmental factors or natural variations on the structure or function of a system. Similar studies conducted specifically at the cellular level should select the cellular studies subcategory.

Systematics and Evolution (SYS): The study of animal classification and phylogenetic methods including the evolutionary relationships between species and populations. This includes morphological, biochemical, genetic, and modeled systems to describe the relationship of animals to one another.