Pests are a big threat to cotton production worldwide — especially in India. Increasing pest attacks in India, the largest producer of cotton in the world, have led to decreased production levels over the past few years.

One young Indian scientist is committed to solving the pest problem facing his community. Neelansh Gupta is researching a natural pesticide to combat the pests and save cotton plants. 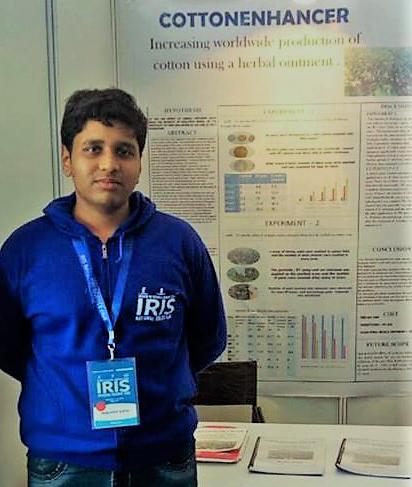 Neelansh is testing an herbal pesticide to save India’s cotton plants.
Photo courtesy of Neelansh Gupta.

“My project aims to increase the worldwide production of cotton by killing the most deadly species of cotton insect, pink bollworm,” Neelansh said.

India has a long history of using plants and herbs as natural remedies for almost every ailment. Keeping with this tradition and a goal of creating an environmentally safe pesticide, Neelansh created an herbal ointment from extracts of a common plant, Acalypha Indica. “The ointment is cheap compared to pesticides in the market,” the young scientist explained. According to Neelansh, the herbal ointment has been more effective in killing pests in petri dishes and in the field, compared to other pesticides as well as the bovine pituitary extract technique currently being used by farmers.

Neelansh reported that the mortality rate of pests when treated with his herbal ointment was 100 percent. All 30 pests present in the petri dishes were killed within 40 hours and the percentage of cotton crops with infections were reduced to zero within three days of application of this ointment. 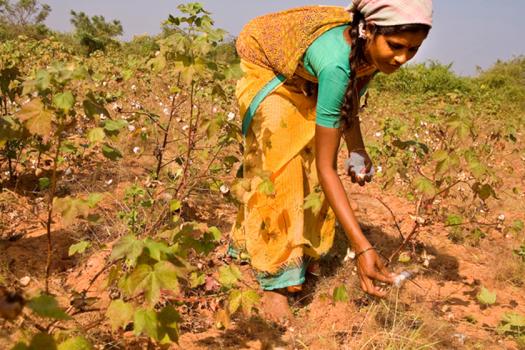 India’s cotton production has decreased due to pests.
Photo courtesy of Wikimedia Commons.

“Knowing that my research could be helpful at a global level and in my own community makes me feel elated,” Neelansh said. “My project and research could possibly make a change, a positive difference.”

Neelansh thinks science fairs are truly important for emerging scientists such as himself. “The best way to display our talent is through participating in competitions and science fairs,” he said. “I would not be able to get my research up to this stage if I wasn’t given a platform to showcase my research and work.” When students are given the opportunity to compete against other innovative young scientists, it helps them think more broadly about the potential impact of their own research.

“We should never stop learning at any age,” Neelansh said. He encouraged other young people interested in STEM to learn as much as they can and to always observe their surroundings. “Knowledge comes by observing,” he said.

How one Society Advocate created a summer research program