The top 40 finalists of the 2019 Regeneron Science Talent Search had a jam-packed schedule of exciting activities in Washington, DC during finals week. One of the highlights was the distinctive opportunity to hear from the head of the US National Institutes of Health (NIH), Dr. Francis Collins. Best known for spearheading the Human Genome Project, Dr. Collins has served in his current role since being appointed by the Senate in 2009 under the Obama administration. His days are spent on the 344-acre NIH campus, home to some of the most cutting edge research in the medical field.

The students were at the NIH to not only hear from Dr. Collins, but to also tour some leading research labs. While there, the finalists heard about the many internship programs that the NIH offers. It was a valuable experience for these students, some of whom may still be deciding what trajectory they’d like to take in the future.

Dr. Collins shared his own life story and journey of discovery with the finalists. He explained that, as a young child, he was fascinated by hard sciences like chemistry and math. As an undergraduate, he majored in chemistry at the University of Virginia, and completed a doctorate in physical chemistry at Yale. At first, biology didn’t interest him in the least; he felt it was too messy compared to the simplicity and elegance of fields like math and chemistry. But over the course of his studies, it became clear to him that he was missing out when it came to the life sciences and ultimately decided to pursue a medical degree at the University of North Carolina. “It was clear during my first year at medical school that I had landed on the path that I was supposed to be on,” said Dr. Collins. 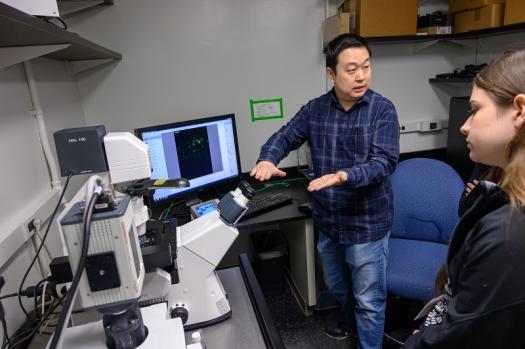 “I’m right at the center of where all the new biomedical research is being conducted,” Dr. Collins told the finalists. “The job is truly amazing in terms of its reach. It’s my responsibility to look over this entire landscape of scientific research.” When referring to his colleagues, Dr. Collins exclaimed, “I truly believe there are individuals on this campus who are in the top ten of their fields when it comes to their scientific knowledge!”

After some remarks from Dr. Collins, the finalists were also able to engage in a question and answer session with him. Finalist Preeti Krishnamari, 17, of Wilmington, Delaware, asked what the challenges were around prioritizing the agency’s various goals. For instance, how did Dr. Collins decide which should come first: short-term public health challenges or long-term investment in research? He responded: “Balance is the key. Balance between treating disease and preventing disease.” In order to meet all goals, he hires the best and brightest doctors and researchers there are. In addition, he and his staff spend time on Capitol Hill to engage in health policy discussions with public leaders. Although the NIH is unable to lobby Congress, Dr. Collins’ staff assists in providing briefings, informing and educating elected officials about current health and scientific issues. Dr. Collins hopes that these briefings will assist in making the best decisions for all individuals in the country. Needless to say, the finalists were very impressed with Dr. Collins’ credentials and expertise. 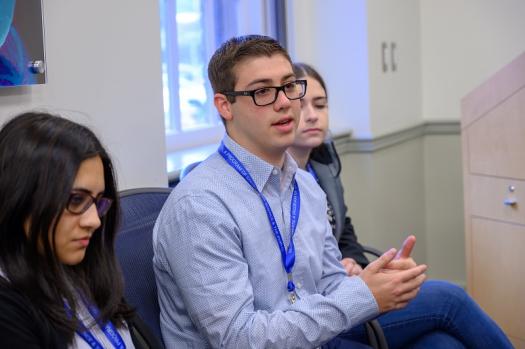 “It was fascinating being able to hear from a man who has made such fantastic strides in the world of medicine,” said, Samuel Weissman, 2nd place winner of STS 2019. “The Human Genome Project is so important to our understanding of the human body. It was great to hear firsthand from the man who played such a large role in this important undertaking.”

When he’s not heading the largest biomedical research institute in the world, you can find Dr. Collins playing a set with his rock band, The Directors. Dr. Collins is truly a scientific (and literal) rock star! 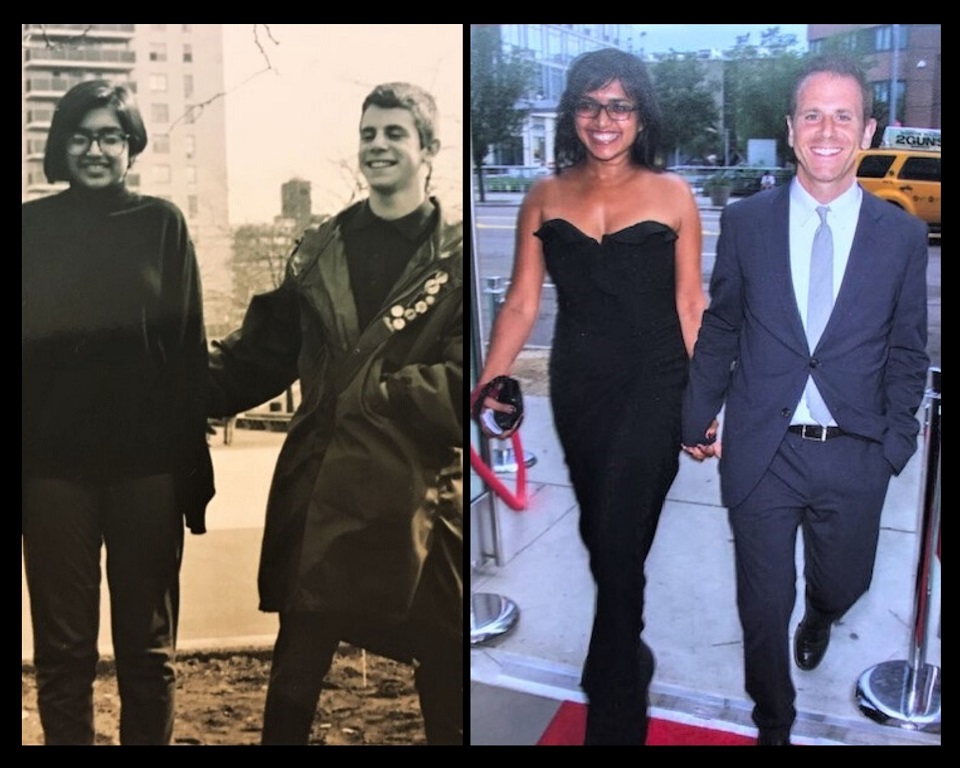 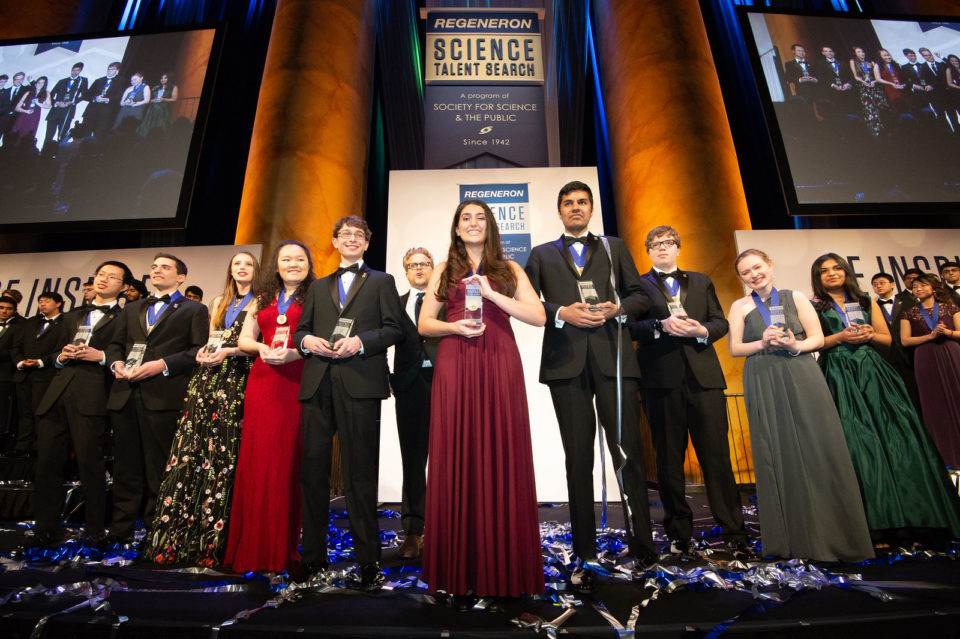