From real-time conversations to long-distance calls, technology has drastically changed how people communicate with one another. It has also offered new ways to connect with individuals that traditional communication channels may have excluded. Joshua Santiago applied his research skills and programming knowledge to develop a mobile application for children with autism.

After assisting a friend in Judo class one day, Joshua saw an opportunity to help. “I tried talking him through the process, and he would do what I told him, but he never responded when I asked something,” Joshua said. “When we had a water break, I told my dad that I was having some trouble talking to him and he wouldn’t respond.” Joshua’s father holds a Bachelor’s degree in Adapted Physical Education and explained to Joshua that Autism Spectrum Disorder (ASD) may be the reason for his classmate’s silence.

Joshua later conducted further research on communication difficulties among people with ASD and found out that some parents spoke to their autistic children via texting. This, combined with his academic interests, provided Joshua with an idea. “Since I started high school I felt attracted to mobile applications and programming, I found it fascinating how it was able to unite different people,” he expressed. 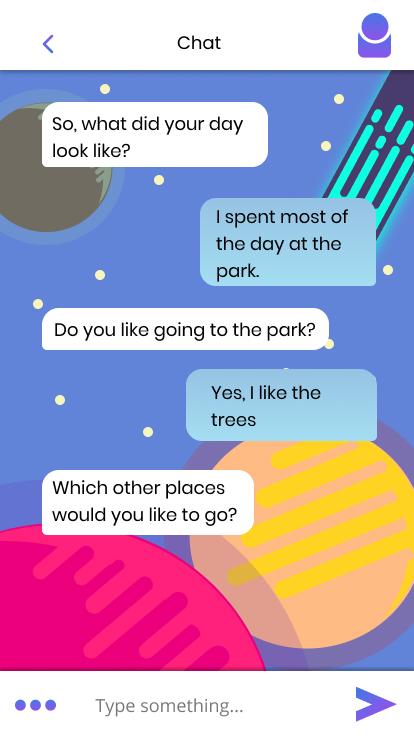 Joshua went on to create a chatbot to help kids with ASD socialize and communicate with others. Specifically, it facilitates interactions between them and their parents. First, the app collects basic information about the children from their guardians. Through various customization settings and conversation prompts, it then identifies things the child may like.

The chatbot compiles the responses, analyzes them and presents parents with insights into what activities their child would enjoy, but cannot convey verbally. While parents cannot talk directly through the chatbot, if they became concerned about excessive use, they can set time limits and the bot will stop texting the child back. Access to the application by peers could also foster greater engagement and understanding between autistic children and those around them, beyond their parents.

Joshua’s interest in science was sparked by his mother, a fellow researcher in entrepreneurship and managerial development. “As early as I can remember, I would hear my mother’s conversations she had about her research with her team, and I enjoyed listening to them,” he said. “To some degree those conversations were my bedtime stories, I always looked forward to listening to them.”

Joshua’s local science fair recognized his work and nominated him for a Society for Science & the Public Community Innovation Award. The award honors students participating in science fairs around the world who are making a difference in their communities. In 2018, the Society rewarded 24 young scientists, including Joshua, with $500 prizes.