Katherine completed an undergraduate degree at Oregon State University in Earth Sciences: Geology and Environmental Sciences as part of the honors college. As part of this she completed a thesis studying the ages of several lava flows on a volcano in central Oregon. She spent two summer internships with the Department of Energy at the Pacific Northwest National Laboratory conducting biogeochemical research. Katherine is now at the University of British Columbia studying geology, specifically volcanoes known as kimberlites that bring diamonds to the surface of Earth.

Fun fact: Katherine spends a lot of her time in the summers rock climbing on granite in Squamish, BC. 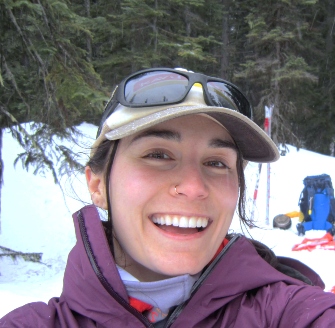