Faris Wald is from Santa Fe, New Mexico. As a student at Santa Fe High School, Faris was very active in his local community. During his time in high school, he received numerous accolades. He was named a Broadcom MASTERS Finalist and Samueli Prize Winner in 2017, Google Science Fair Winner for New Mexico in 2018, and a U.S. Presidential Scholar in 2021. Currently, Faris attends the United States Military Academy in West Point, NY where he intends on majoring in chemical engineering. 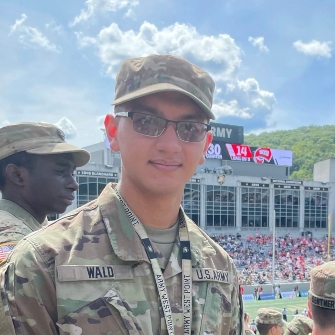